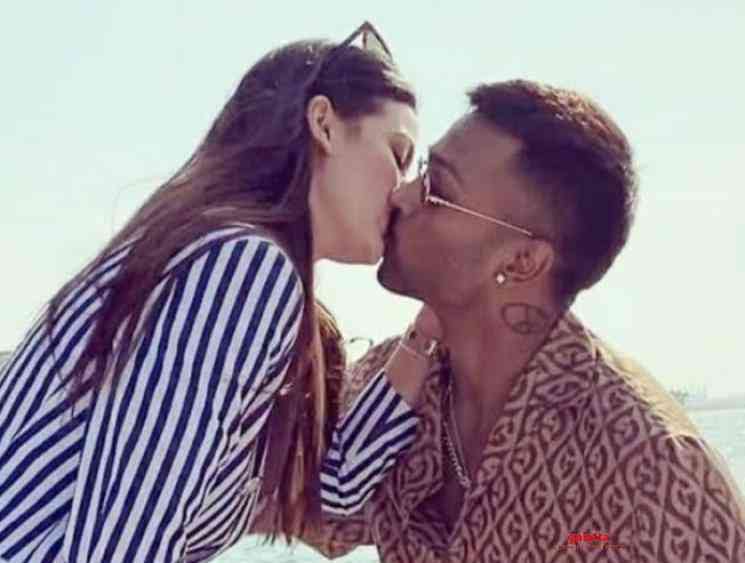 Indian cricketer Hardik Pandya has gone on to become a sensation among fans of the sport after making his debut on the world stage in 2016 in the Twenty20 format and then made a transition to One Day Internationals and Test cricket. The cricketer has gone on to become a huge name across the nation after delivering bigs knocks in several matches and is a top billing player in the Indian Premier League (IPL) for the Mumbai Indians team. That said, Hardik Pandya had confirmed his relationship with Serbian actress and model, Natasa Stankovic, earlier this week by posting a picture while holding her hand and captioning it, "Starting the year with my firework". Now, the star all-rounder has officially announced that he is engaged to Natasa Stankovic with the actress taking ot her Instagram page to share pictures as well as a video to share the joyous news. Check them out below:

Natasa Stankovic made an appearance in a song in the Vikram Prabhu and Priya Anand starrer, Arima Nambi, in 2014. She became a popular name across the country when she contested as one of the participants in Bigg Boss Hindi season 8. As for Hardik Pandya, he will not be part of Indian cricket team's next matches against the Sri Lankan and Australian teams at home, but is going to play for India A against New Zealand A and then in IPL 2020 and the T20 World Cup.