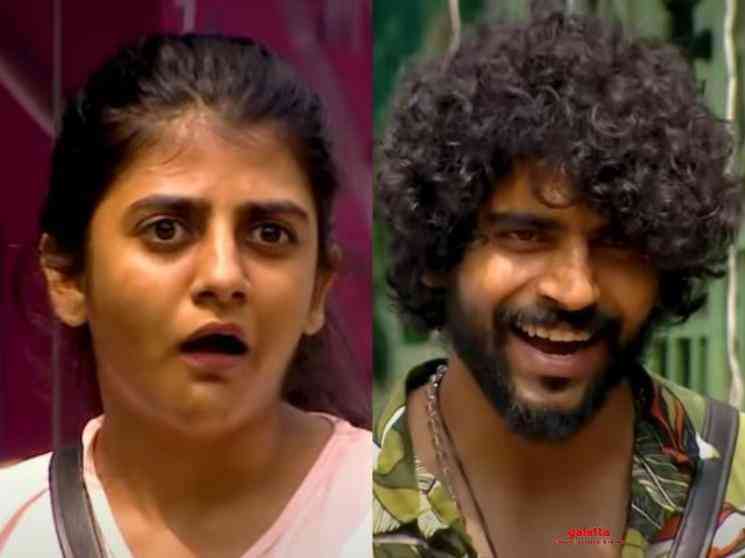 It has been over a month now since Bigg Boss Tamil season 4 began airing on Vijay TV, with the hit reality show also enjoying a record viewership on Hotstar. With Kamal Haasan hosting the show once again after the first three seasons, the ongoing edition has witnessed three eliminations - actress Rekha, singer Velmurugan and the latest being Suresh Chakravarthy. The exit of Suresh from Bigg Boss 4 has stirred up a massive debate among fans online, with many expressing both surprise and shock behind the decision of his removal from the show. Having said that, the remaining contestants on the show now are Ramya Pandian, Rio Raj, Shivani Narayanan, Samyuktha Karthik, Gabriella, Aajeedh, Balaji Murugadoss, Som Shekhar, Aranthangi Nisha, Anitha Sampath, Sanam Shetty, Jithan Ramesh, Aari and the wildcard entries VJ Archana Chandhoke and singer Suchitra.

With Bigg Boss Tamil season 4 now into its sixth week, the first promo for Monday has been released by Vijay TV and shows all the contestants assembling on the lawn inside the set. They then hear an announcement from Bigg Boss on the next eviction nomination, which in fact turns out to be not one person, but several names. Bigg Boss announces that Gabriella Charlton, Samyuktha Karthik, Suchitra, Anitha Sampath, Shivani Narayanan, VJ Archana, Balaji Murugadoss, Ramya Pandian and Aajeedh have been nominated for eviction from Bigg Boss 4 next. The list not only leaves the contestants surprised, but shocked as well.

This latest promo teases what is perhaps the audiences' mindset towards a majority of these contestants and it now remains to be seen how things transpire and who among the nominated in the list will be up for elimination next. It is known that those who secure the least number of votes in the Bigg Boss poll are usually the ones who get shown the exit door. The only salvation the contestants can muster from this point on till the end of the week is their activities on the show, which might help them secure more votes.