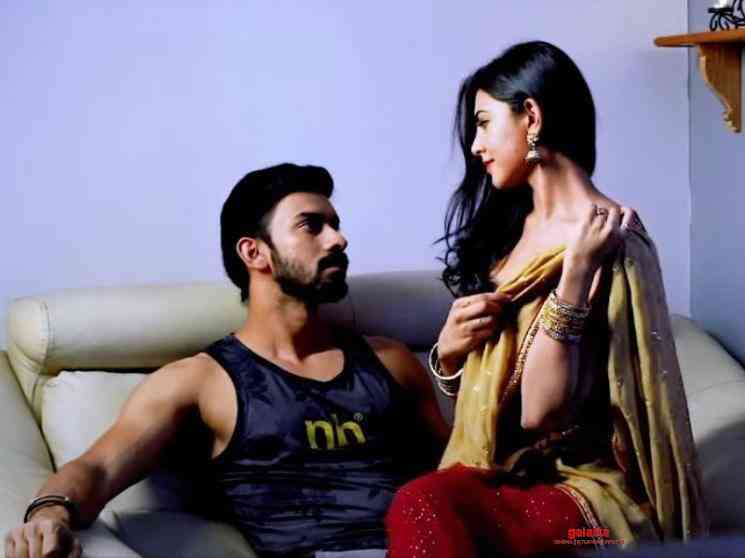 Meanwhile, promotions for Irandaam Kuththu are being carried out actively as two songs - 'Thambi' and 'Boom Boom' - were released last week to a rousing response. There is strong speculation among fans that the film could see a release soon considering producer Hari Bhaskaran's Flying Horse Pictures banner is carrying out extensive promotions. Having said that, the makers have now released the third single track from Irandaam Kuththu titled 'Veeradhi Veera' composed by Dharan Kumar. C and featuring vocals by Bhavna Balakrishnan to the lyrics penned by Srikanth Varadan. The song, as the previous two tracks, is once again targeted at the youth, who have expressed a keen interest in watching the film soon.

Controversy struck Irandaam Kuththu sometime back when some sections of the fans raised opposition to the content in the film, especially after the unveiling of the posters and a teaser. Legendary Tamil director Bharathiraja had requested the state government, including the censor board to take a stern decision regarding the film's content and its release. Director Santhosh P. Jayakumar courted trouble when he made a statement against Bharathiraja for which he later issued an apology on social media.

Irandaam Kuththu has been given a clean 'A' certificate by the Central Board of Film Certification (CBFC), with the release plan yet to be made official. Apart from Dharan Kumar setting the tune for the 'Veeradhi Veera' track, including the background score, SN Prasad is composing the songs. Cinematography on the film has been done by Ballu, with GK Prasanna for the editing, while Rockfort Entertainment has acquired the theatrical distribution rights.