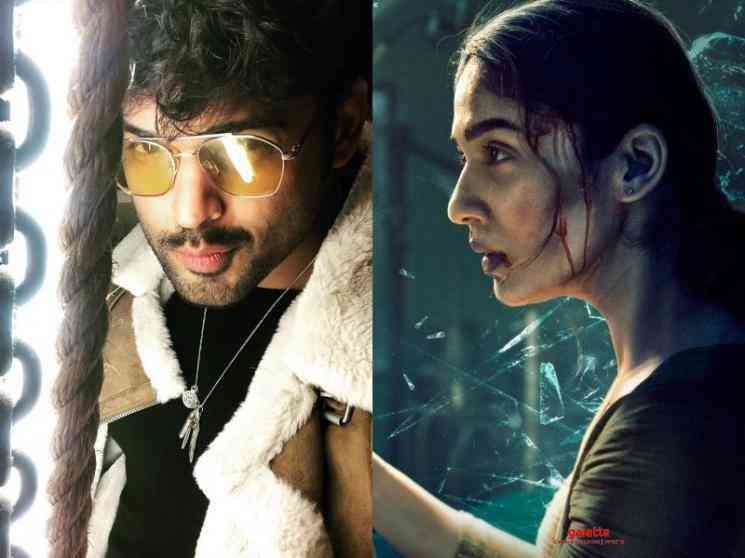 Actress Nayanthara is currently attached to several projects among which her much-awaited devotional comedy film, Mookuthi Amman, directed by RJ Balaji and NJ Saravanan is premiering on November 14 as a Diwali treat. Likewise, the first look poster for Nayanthara's next biggie, Netrikann, was unveiled a few days back to a stellar feedback from fans. The upcoming film billed to be an intense action thriller is also director Vignesh Shivn's debut as a producer under his Rowdy Pictures banner and has been directed by Milind Rau of Aval fame.

Post the Netrikann first look, the team has now released a special birthday poster on Sunday for actor Ajmal Ameer, who plays an important role in the film. Ajmal, who has made heads turns with his power-packed performances in Tamil films like Anjathe, TN 07 AL 4777, Ko and Iravukku Aayiram Kangal to name a few, is set to have a role crucial in Netrikann. Sending his birthday wishes to Ajmal, Vignesh Shivn tweeted, "Wishing the multifaceted, talented actor @ActorAjmalAmir a very happy birthday happy associating with U bro, God Bless."

Netrikann is Nayanthara's 65 venture in her illustrious career, with the film also including a strong technical crew among whom are composer Girishh for the music, followed by RD Rajasekhar for the cinematography, editing by Lawrence Kishore, Dhilip Subbarayan for the stunts, and S Kamalanathan for the art direction. Although nothing has been confirmed as yet, there is a strong speculation that Nayanthara is playing the role of a visually-challenged person, with fans expecting yet another top-class performance from the 'Lady Superstar'.

As for Nayanthara's other projects, she also has a crucial role in 'Superstar' Rajinikanth's next film, Annaatthe, being directed by Siva under the Sun Pictures banner. Reports state the actress will be playing the role of a lawyer and is the second time she is collaborating with director Siva after last year's blockbuster Viswasam, which had 'Thala' Ajith in the lead role. Nayanthara will be also seen in Vignesh Shivn's next directorial, Kaathuvaakula Rendu Kaadhal, also starring 'Makkal Selvan' Vijay Sethupathi and Samantha Akkineni. Produced by Lalit Kumar's 7 Screen Studios in association with Vignesh Shivn's Rowdy Pictures, this romantic comedy entertainer will include music by Anirudh Ravichander. It is to be noted that Nayanthara had only sometime back signed her next film in Malayalam with Kunchacko Boban. Titled Nizhal, the film is a thriller with production currently ongoing in Kerala.