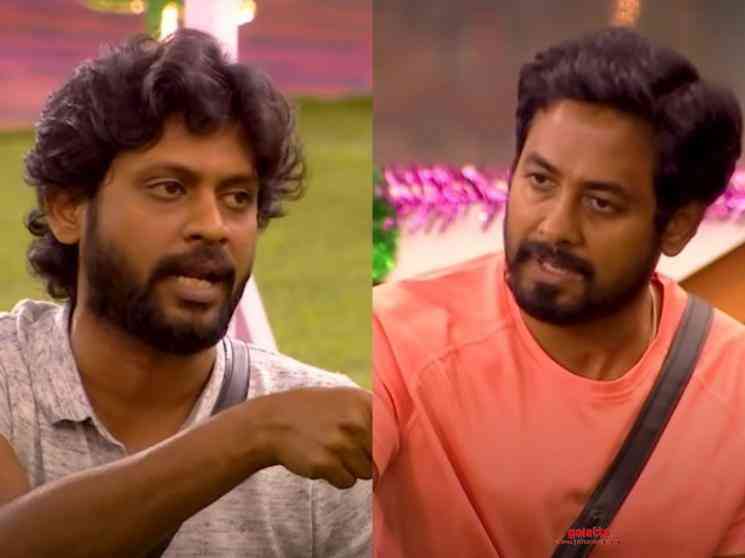 It's day 80 on Bigg Boss Tamil season 4 and the hit reality show is now on the road to a grand finish, which will see a new winner being crowned. Being hosted once again by 'Ulaganayagan' Kamal Haasan, the show being telecast on Vijay TV, including being streamed on Hotstar has been witnessing a phenomenal response in line with the previous three editions, with the ongoing season's evictions totalling to nine contestants among whom are Velmurugan, Suresh Chakravarthy, Samyuktha Karthik, Rekha Harris, Sanam Shetty, Aranthangi Nisha, Jithan Ramesh and the wildcard entrants Suchithra and Archana. The remaining contestants now in the Bigg Boss 4 house are Aari, Rio Raj, Balaji Murugadoss, Gabriella Charlton, Aajeedh, Shivani Narayanan, Ramya Pandian, Anitha Sampath and Som Shekhar.

Now, Vijay TV has released the third promo for Wednesday which shows a continuation of the events from the day's earlier two promos. In the previous promos, we see the contestants participating and giving it their full in the new 'Ball Catch' task, with a small argument between Rio Raj and Aari once again surfacing. Now, in the latest Bigg Boss 4 promo, we see an extension of the incident between Rio and Aari, with the former in a rather agitated form. Aari picks up on Rio's tone of voice and statement and questions him upfront as to why he is so irritated. Rio responds saying he is making his attempts to speak in a healthy manner, but is not getting any cooperation from Aari. Rio once again asserts that he has put in his 100% during the task to which Aari counters by stating that he managed to catch the balls only because the girls didn't give their best in their efforts. Rio then informs Aari that the girls did not play casually or let him take the opportunity to catch the balls during the task. Aari then tells Rio that he let go three balls during the task, while he let slip only one ball and asks him for a valid reason. Rio once again expresses his displeasure and walks away from the place.

This isn't the first occasion Rio and Aari have gotten involved in a conflict, with tensions clearly visible that things are slowly getting out of hand. Although both the contestants on Bigg Boss 4 are relatively cool for the most part, this is one among the few times they have been on the disagreeing side, with friction continuing to grow furthermore. Watch the Bigg Boss Tamil Season 4 | 23rd December 2020 - Promo 3 below: