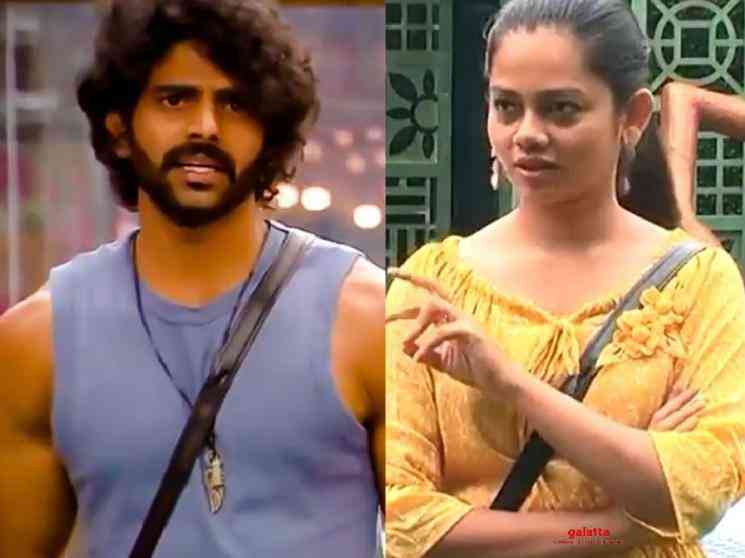 The fourth season of Bigg Boss Tamil has crossed over 74 days and the show is definitely getting exciting with every passing day. This week’s luxury budget task was completed in a span of just two days and the housemates were asked to play the roles of hen and fox. The task was completed quickly since the housemates did not get much time as a hen. Following that, in last night’s (December 17) episode, the housemates were asked to nominate the best and uninteresting - boring performers of the week. After a long discussion, Archana, Balaji Murugadoss, and Ramya Pandian were selected as the best performers of the week and they’d now contest for next week’s Captaincy task.

Following that, a new video is now doing rounds on social media and this video shows Anitha exposing Balaji’s faults and arrogant behaviour. The makers of Bigg Boss release an unseen version of the show on Disney + Hotstar platform and some of the unseen moments manage to create a buzz on social media. On that note, this new video has been cut from the unseen version and Anitha is seen complaining about Balaji. She tells Ramya Pandian about the whole story and claims that Balaji would’ve nominated her for boring performance because of the incident that happened near the bathroom. Anitha tells Ramya that Balaji showed faces when she asked him to wash the bucket that he was using since there was soap water inside.

The viewers did not see what happened between Balaji and Anitha near the bathroom and it looks like the editors of the show have cut it out. People thought and believed that Balaji is in the process of transforming himself into a calmer man, but situations like these, make them feel that there is no change as such. We do not completely know if Anitha’s statement is true since she has also been pointed out by fans that she plays double games at several places. Well, but this video has made the fans feel disappointed and angry over Balaji’s behaviour and people are requesting the show’s host Kamal Haasan to address this in the weekend episode. For now, check out the unseen video here:

#Unseen:#AnithaSampath exposing #BalajiMurugaDoss on one of the reasons why he nominated her for #worstPerformer.#Balaji has been called out multiple times by various HM’s for his in-disciplinary behavior in the house.#SomberiMaxxx🤬#BiggBossTamil #BiggBossTamil4 pic.twitter.com/zgbRUhsRDH