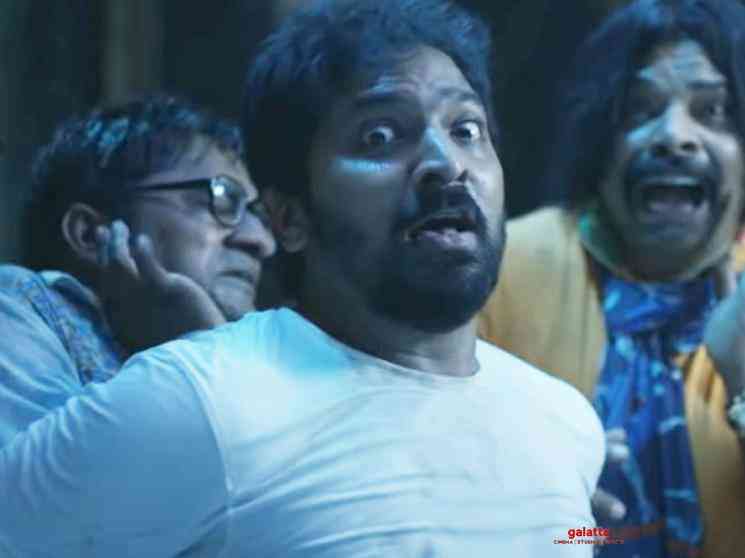 Vaibhav's long-delayed horror comedy, Katteri is all set for release and it will be the next big notable Tamil film to release in the theatres. The film is scheduled to release in theatres on December 25, on Christmas, and the fans are looking forward to seeing it. Ahead of the release, the makers have now released a new trailer of the film which has garnered good attention. The trailer is packed with moments that keep you glued and invested. The trailer gives us a glimpse of the jump scares and the ghost factor and it looks like the film is going to offer much more. Unlike the previously released trailer, this new one tries to focus on the serious aspect of the movie.

The film is directed by Deekay who earlier made the superhit horror comedy, Yaamirukka Bayamey. Deekay has packed the trailer in an interesting manner that we don't get to predict the story or premise. One thing that we can assume looking at the teaser is that there are high chances of Varalaxmi Sarathkumar being the ghost, since we hear her voice towards the end of the trailer and the modulation seems to be different. The film features Sonam Bajwa and Aathmika as the female leads, while Ravi Maria, Karunakaran, John Vijay, Mime Gopi, Manali Rathod, Jangiri Madhumitha, Kutty Gopi, Ponnambalam play supporting roles.

Katteri has music scored by SN Prasad, cinematography by Vignesh Vasu, editing by Praveen KL and art direction by Senthil Raghavan. The trailer cut has been done by San Lokesh. The newly launched trailer has been released on the official YouTube channel of Think Music who owns the film's audio rights. The earlier released theatrical films in the recent past - Irandam Kuththu, Biskoth, Kavalthurai Ungal Nanban has not managed to attract larger crowds due to the pandemic and let us see how Katteri fares in that aspect.

Katteri was initially supposed to release directly on digital streaming platforms and the makers had discussions with leading OTT platforms, but it looks like things did not work out as expected. As Vaibhav's Katteri is all set to release in the theatres on December 25, watch the newly released trailer here: