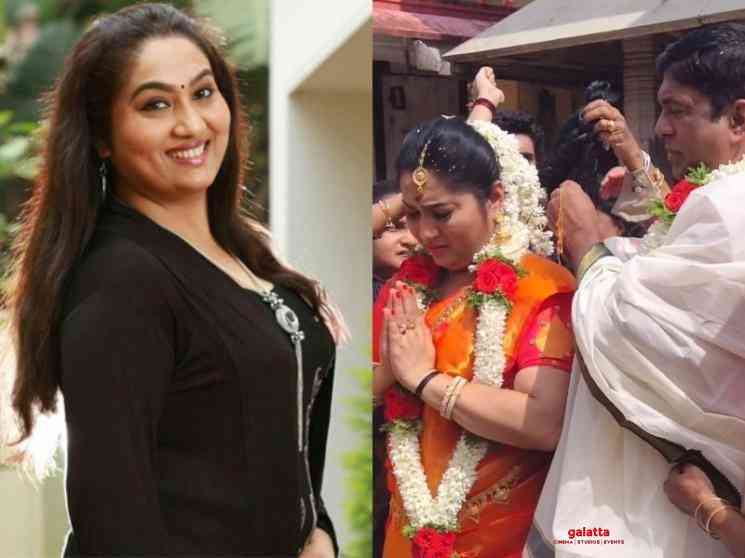 Popular Malayalam actress Yamuna has married for the second time after falling in love with US-based psychotherapist Devan Ayyankeril. The wedding took place as per Hindu customs on Monday (December 7) at the Kollur Mookambika Temple in the Udupi District in Karnataka, with pictures of the traditional ceremony shared by the actress now going viral on social media. Yamuna is known among fans for her appearances in a number of popular Malayalam films and was last seen in Mohanlal's Ittymaani: Made in China.

Sharing pictures of her wedding to Devan Ayyankeril, Yamuna wrote a heartfelt message on her Facebook page. "My new life. As I have promised I am telling  every one who supports me and wishes me well this is real and I am overwhelmed by the support you give me and thank you all from the bottom of my heart. Devan Ayyankeril  is my husband's name.He had been living in USA working as a psychotherapist. I strongly belief that Sree Padhmanabha Swamy heard my prayer for a good human being as my husband and it materialized on December 7 th at Kollur Mookambika Temple. My 10 year old daughter Aashmi and 15 year old Aami jokingly told me they are not at marriageable age yet as someone suggested online. I hope you will all support me as you always have and thank you all. Yours Yamuna," she stated.

Yamuna, who made her debut on television 23 years ago is a popular name across Kerala households, and has starred in more than fifty serials. Her most notable role was in the popular Asianet serial Chandanamazha. She also made her big screen debut in the 1999 film Stalin Sivadas, while going on to make appearances in over forty films. The actress has two daughters - Amy and Ashmi - from her previous marriage to director SP Mahesh.