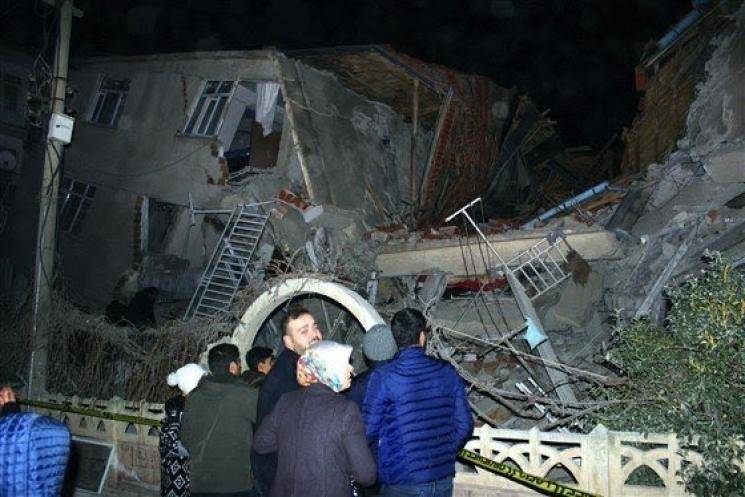 Chennai: An earthquake which clocked a whopping 6.8 on the Richter scale crippled eastern Turkey on Friday night, destroying neighbourhoods and killing over 20 people. Hundreds are injured and rescuers have been working round the clock to pull out people from the debris. Several Twitter users also reported that gas leaks from the collapsing buildings were also causing building fires.

Turkey's health ministry has announced that the death toll could rise as there are people stuck in the rubble. By Saturday, the toll was at 21. Mosques, schools, sports halls, and dormitories have been opened for hundreds who have been left homeless. 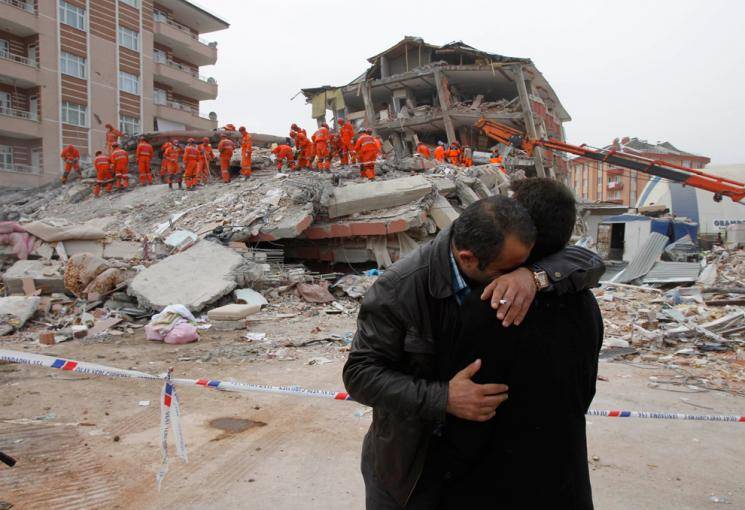 The epicentre of the quake was in the Elazig province of Turkey and the tremors were felt in three neighbouring countries. While hundreds of buildings have collapsed, rescue works have been on round-the-clock. As the time from the calamity increasing, the chances of pulling out trapped victims alive also becomes bleaker.

According to Turkish interior minister Suleyman Soylu, 225 people were injured in Elazig province and another 45 people were hurt in the nearby province of Malatya. More than 1,000 people sought treatment at hospitals for injuries, which included anxiety and heart attacks.

Turkey sits on top of two major fault-lines and earthquakes are frequent in this zone.