Over 700 booked for road rash, 8 deaths in Chennai on New Year's eve

Chennai: The Chennai traffic police's warnings notwithstanding, the youngsters in the city had a raucous New Year's eve, if the number of cases registered is anything to go by. The Chennai police booked about 700 youngsters for minor offenses under the Motor Vehicles Act on New Year's night.

According to official data, 704 cases - including 42 drunken driving cases, 63 rash driving cases, 159 triple riding cases, 330 over-speeding cases, and 110 miscellaneous cases - were registered prior to 11 pm on Tuesday. This, however, is a lower number from the number of cases registered on the New Year's night of 2019. 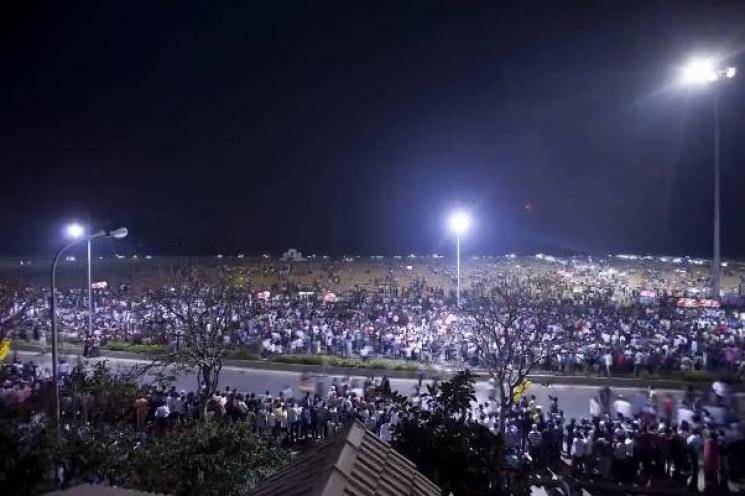 Traffic on nodal roads, especially those leading to the Beachline, came to a standstill by 10 p.m and did not let up untill after 1 a.m. Racing was high and there were multiple groups cutting cakes on the road. Even auto-rickshaws were stopped for racing in the night, said some cops.

About 15,000 police personnel were deployed across the city and about 75 flyovers were blocked for vehicles from 10 pm onwards. Though untoward incidents were at the minimum through the night, there were nearly 8 deaths recorded. A BCom student died after three teens riding on a two-wheeler rode into a parked bus near Perungulathur. A lawyer was run over by a truck near Puzhal Central Prison. A car rammed into a truck on the Chennai-Bengaluru National Highway near Irungattukottai, killing two. A 48-year-old fisherman died in a two-wheeler accident near Egmore and a 45-year-old man who was riding a cycle died after being knocked down by an auto rikshaw while two others - a pedestrian and a motorist - were also rammed to death in separate incidents.