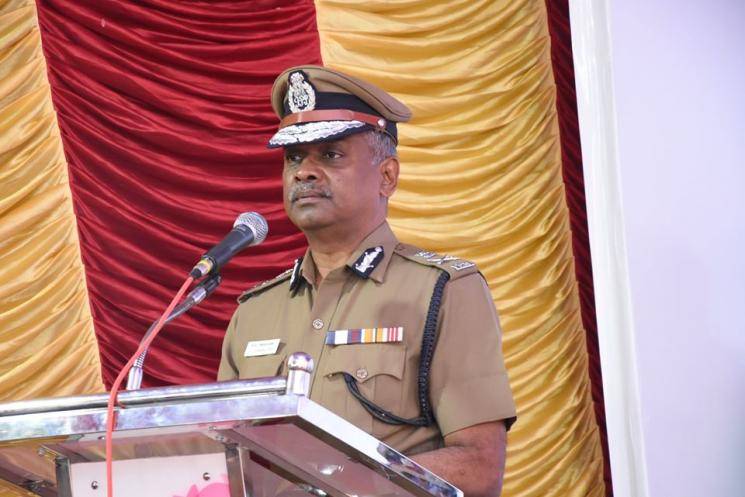 Chennai: The Chennai police have been aggressively covering space under the third eye project which aims to bring the entire city under CCTV coverage. The programme, which has seen good success and has been welcomed by the residents, is now set to become a flagship effort, what with the Chennai police facebook handle posting a short film made by the cops to spread awareness about the third eye.

Commissioner AK Vishwanathan explains the project clearly in the video. With the help of his subordinates, the top cop of the city explains how the CCTV coverage programme was helping to solve reorted crimes faster as most nodal points in the city have been covered under the programme.

According to AK Vishwanathan, Chief Minister Edappadi K Palaniswami had endorsed the plan to cover the metropolitan city with a CCTV netwrok, an infrastructure that could be put in place with the help of the public. While some of these were installed using police funds, the MP/MLA local funds helpped in certain areas and in a majority of areas, people - shokeepers, resident welfare associations, etc. While these cameras are not networked and the data rests with the owners, they could be asked for fottages in case a crime happens within the purview of their CCTV cameras.

As of December 2019, Aminjikarai and Arumbakkam area together had about 3,734 cameras, and the Koyambedu had nearly 4,525 cameras. There are about 10,427 cameras in Adyar and surrounding areas and most nodal areas like the Central area, Mambalam, Pondy Bazaar, Guindy, Saidapet, and Thiruvanmiyur, etc are mostly covered by the CCTV grid.

"In Future, our target is the presence of a camera in each household," says Commissioner AK Vishwanathan, who has been actively and aggressively getting the word out on the streets about this effort since he took charge in the city.