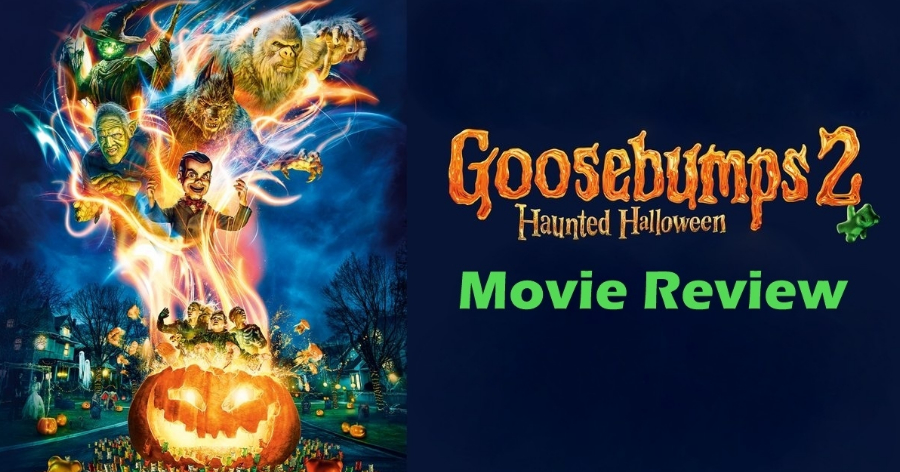 Goosebumps 2: Haunted Halloween is an American horror comedy film directed by Ari Sandel and written by Rob Lieber. The movie is based on the children horror book series of the same name by R.L.Stine.

Slappy, an evil puppet decides to attack the town on the Halloween night. How three teenagers save the livelihood from the villain forms the crux of the story.

The script is thin but it is convincing enough to create a timepass popcorn entertainer. But unfortunately, the commercial elements added were inappropriate and messed up. The situations are silly and the presentation style is also amateurish. The villain character had a lot of scopes to score, though his nature was established in the previous part, the impact was just not present as the staging and utilization of the power are tedious for the entire movie. The screenplay follows the regular template and the scenes were also not interesting to have a steady engagement.

The three teenage artists are the lead characters in which actress Madison Iceman did a matured job, but the other two male artists were not good enough to provide apt reactions at quirky places. Jack Black as R.L.Stine has played a solid cameo role that appears at the end and impresses by giving the lead for the third part. The dialogue delivery dips in many areas and if it was corrected, the comedy could have worked a lot better. There was no proper importance for any of the characters, hence the film leaves us with an empty feeling. The climax was creative and created a curiosity for the forthcoming franchise extension.

The background music was flat and failed to elevate any of the crucial situations. The cinematography was good and the variety of colors would attract the kids. The editing was crisp as the whole movie ran just for ninety minutes, the disengagement factor is only because of the mediocre progression. VFX is rich and the technology has been utilized neatly by the concerned team. More than the boring flow, there were many silly dialogues and cliche moments that disappointed a lot.

Verdict :An uninteresting Halloween flick that has many silly moments.