Once Upon A Time In Hollywood Movie Review (2019)

Once upon a time in Hollywood movie review 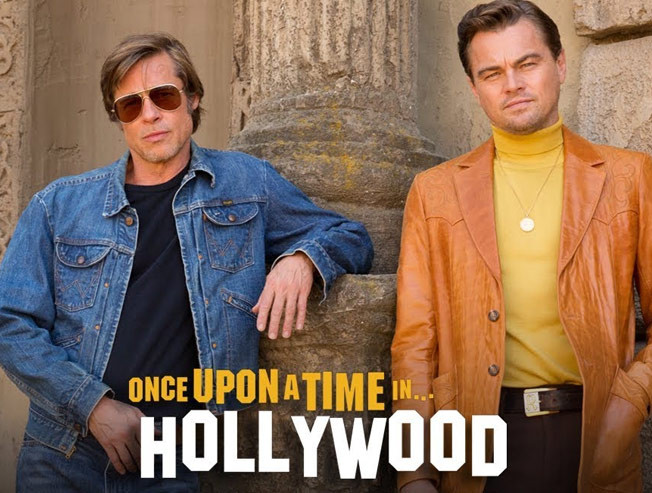 Once Upon A Time In Hollywood Movie Cast & Crew

Once Upon a Time ... in Hollywood is a comedy drama, set in 1969, in which a fading star of television Westerns and his longtime stunt double attempt to revive their careers. The ninth film from the writer-director Quentin Tarantino features a large ensemble cast and multiple storylines in a tribute to the final moments of Hollywood's golden age. The cast includes, Leonardo DiCaprio, Brad Pitt, Margot Robbie, Emile Hirsch, Margaret Qualley, Timothy Olyphant, Austin Butler, and many more. Some might find the film to be without a significant storyline while some may celebrate it as the best film made by Tarantino to date. The film has plenty of positives in regards to the making and especially acting but at times it feels a little indulgent and meandering.    The costume and set designs were amazing, even the fact that the film had all the actors they could get their hands on. The main thing missing from this movie was a plot. Just imagine watching nearly a 3 hour movie with hardly any plot. Nothing happens till the very end of the movie. The end scene was super predictable and the main reason for this film was to show off how good the acting and set designs could be. The movie looks good enough, but oodles of time is wasted venerating the trashy TV shows and films of that period. OUATIH is not a movie for everyone, but if you love to learn the art of filmmaking and storytelling, you will love this movie. It has some fantastic camera movement and well-constructed and dynamic dialogues. But if you look for a good plot with some twists like other QT films, then you might end getting disappointed.     Margot Robbie’s character as Sharon Tate could have actually been put to better use, you could hardly connect with her character since it doesn’t get in sync with the core story. The scene where she visits a cinema to watch a spoof spy movie in which she had a minor role looked totally unwanted. Both Brad Pitt and DiCaprio were wonderful, they are indeed the USP of the film and if not for their superlative performances, OUATIH would have been a very ordinary film. Beyond all the Tarantino touches of the action, the banter, the violence, the making here is brilliant. You can either find this as a mature art work or a piece of crap, it all depends upon how you see it!

Verdict OUATIH is artistically made with some wonderful acting, not the usual Tarantino kind!

Once Upon A Time In Hollywood Movie News

Once Upon a Time in Hollywood - Official Trailer!

Tarantino's Once Upon A Time In Hollywood teaser is here!