'Thala' Ajith's Nerkonda Paarvai gets censored - check out the result!

‘Thala’ Ajith’s 59th film, Nerkonda Paarvai, is an official remake of the smash 2016 Bollywood hit, Pink, which had Amitabh Bachchan and Taapsee Pannu in the lead roles. Directed by H. Vinoth under Boney Kapoor’s Bayview Projects LLP banner, the film has had two single tracks - "Vaanil Irul" and "Kaalam" - composed by Yuvan Shankar Raja released already. Although initially announced to hit screens on August 10, the courtroom drama film was later advanced by two days and will be releasing worldwide on August 8. That said, a new announcement has now come from producer Boney Kapoor, who has revealed that Nerkonda Paarvai has been certified with a 'U/A' certificate by the Censor Board. 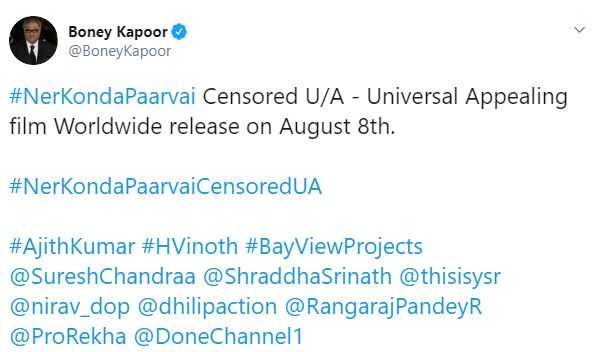 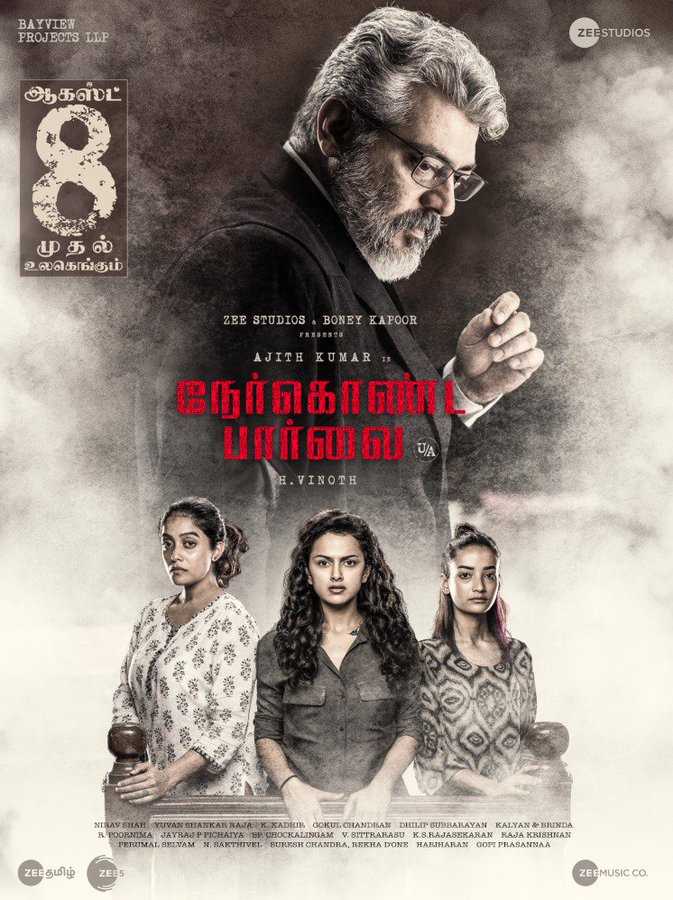 Nerkonda Paarvai includes many popular names apart from Ajith among who are Vidya Balan, Shraddha Srinath, Rangaraj Pandey, Adhik Ravichandran, Arjun Chidambaram, Abhirami Venkatachalam, Andrea Tariang, Aswin Rao, Sujith Shankar and others in vital supporting roles. Expectations for Nerkonda Paarvai are quite high after the film’s trailer released a while back went on to get a thunderous response from fans, who are looking forward to witness Ajith deliver yet another memorable performance.