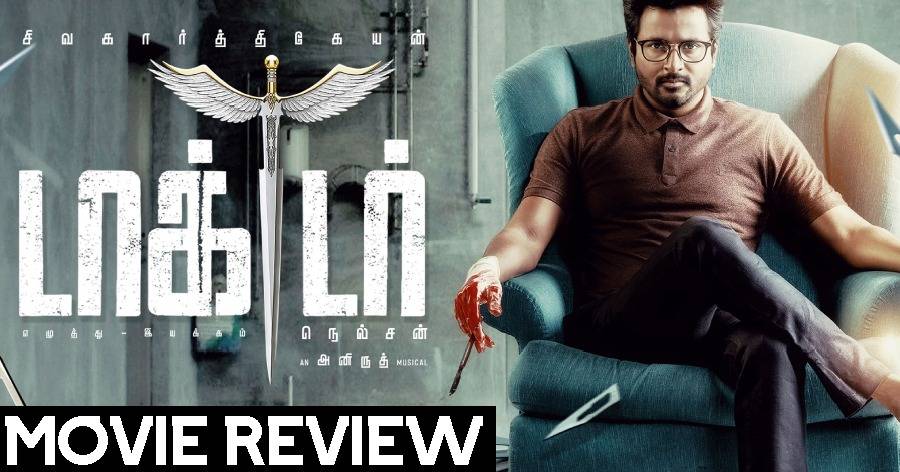 Amidst huge expectations and hype, Sivakarthikeyan's Doctor has finally hit the screens and it is directed by Nelson Dilipkumar who made an impressive debut with Kolamaavu Kokila. Doctor, which has music by Anirudh, features Priyanka Mohan as the female lead, alongside several other talented actors like Yogi Babu, Vinay, Redin Kingsley, Archana, Arun Alexander, Ilavarasu, Dheepa, and others. How has the film fared? Check out!

STORY:
Doctor takes us through the life of Varun (Sivakarthikeyan), a Doctor in the Military, who along with his ex-fiance's (Priyanka Mohan) family set out to search for their little girl, Chinnu (Zaara Vineet), who gets kidnapped. Did Varun and the family succeed in finding their dear girl is what Doctor is all about. Though the film deals with a very serious topic of human trafficking, the way the film has been packaged and presented is enjoyable.

SCREENPLAY, DIALOGUES & DIRECTION:
Director Nelson Dilipkumar strikes gold with his packaging skills as the film is engaging for the most part. Nelson's brand of humour works in the favour of the movie, saving the film from its other flaws. Except for the initial few minutes post-interval (in Goa), Doctor keeps the audience engaged. The best part about Doctor is its freshness in the screenplay and when the humour becomes the USP of the screenplay, the final outcome is impressive. The makers have indeed underplayed in the trailer as the film has several pleasant surprise moments. Director Nelson uses Redin and Yogi Babu to their strengths and the wise usage of these actors makes Doctor quite enjoyable. Nelson and co. have executed several important stretches in an effective manner - for example, the metro train sequence.

On the weaker side, the villain doesn't pack a punch, in terms of writing. Nelson could've written the character with more strength and depth and that could've made the faceoff more exciting. Vinay's motive or plan in kidnapping young girls is touched only on a surface level and it would've been more authentic if we had known more about him. When you have a weakly written villain, the largely predictable climax comes as an add-on. Also, Doctor has logical flaws at places (the first encounter between SK and Sunil) and if you can let it go off as cinematic liberty, Doctor would be an enjoyable watch. If the logical flaws bother you, Doctor might be a mixed bag.

CAST:
Sivakarthikeyan delivers a very mature performance that is subtle and calm for the most part. It is indeed refreshing to see SK in such a character that underplays at several points. We actually never see Sivakarthikeyan smiling and this is surely a standout film, in terms of his character sketch. Priyanka Arul Mohan gets a decent role in her debut Tamil film and she is sure to earn a good fan base here, thanks to her cute expressions and attractive screen presence. The show-stealer of Doctor is Redin Kingsley who sets the screen on fire with his wacky humour and eccentric body language. Redin and Yogi Babu together strike fantastic chemistry and the duo manage to uplift the film whenever there is a dip.

Special mention to the quirky sidekicks like Gabbar, Gabbar's assistant, and Sunil's assistant who add more flavour to the film's dark humour. Whenever you see them on screen, there is assured laughter and that makes the flaws take the backseat. Vinay looks menacing and stylish as Teddy, the classy villain, but there is no depth in his character, as already told. It is good to see a promising actor inside VJ Archana and her emotional performance is neat. Arun Alexander, Ilavarasu, Sunil, and Zaara do their part well, giving a sense of completeness. As far as the performances are concerned, Doctor has no worries.

TECHNICAL:
Anirudh Ravichander is one of the main pillars of Doctor. He holds the film high with his fantastic brilliant score that acts as a booster to many scenes. The 'Soul of Doctor' score is sure to touch the audience. The songs have also got the crowd-pleasing appeal and it has been shot in an interesting fashion. There are just two songs that take place amidst the story and Nelson needs to be appreciated for his placement of songs. Vijay Kartik Kannan's visuals look rich, enhancing the visual quality of the film. The stunt choreography in the metro train sequence garners good attention as it is intelligently done. The CG / VFX in the climax looks a bit odd.

SO?
Doctor definitely has its own share of flaws, but the comedies manage to hold the film uptight, leaving the audience in splits. Doctor is definitely a film that deserved a theatrical release and thanks to the makers for withstanding the Covid waves to give the audience an entertaining theatrical film.

Verdict Sivakarthikeyan and Nelson arrive in style with a laughter riot. Don't miss this one!

EXCLUSIVE Interview: Nelson Dilipkumar opens up on the challenges for Sivakarthikeyan in DOCTOR

LATEST: Sivakarthikeyan opens up on his Telugu debut film - exciting news for fans!

Sivakarthikeyan's Doctor - the much-awaited 'Soul of Doctor' track officially out | Check out!