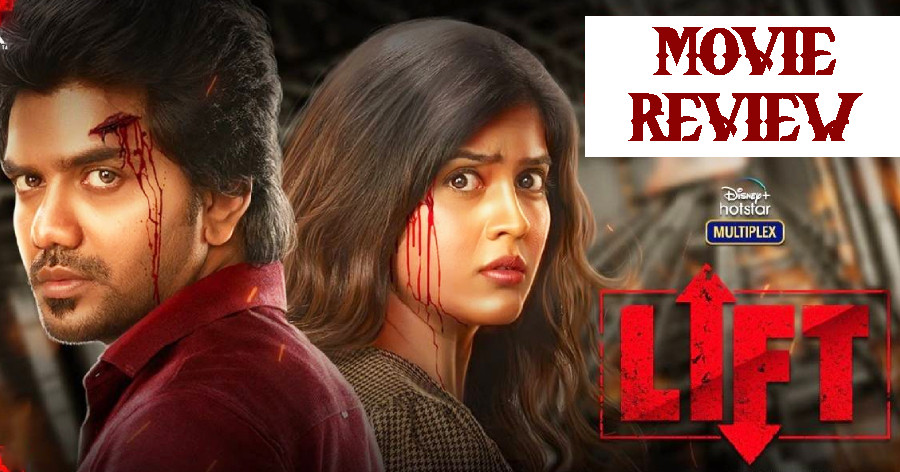 Bigg Boss sensation Kavin’s long-awaited Lift has finally released on the Disney Hotstar OTT platform and it is the young actor’s second film as a lead actor in Tamil cinema. Bigil sensation Amritha Aiyer plays the female lead in this horror thriller that is directed by debutant Vineeth Varaprasad. How has the film fared? Read on to know!

STORY:
Guru (Kavin), an IT Professional, stays overnight to complete a project and that night turns into a nightmare for him. After completing his work, Guru enters his office lift to leave for home. However, the lift does not take him down and he begins to encounter a series of mysterious and paranormal incidents leaving him in an alarmed state. The entire building is haunted by ghosts, who don't leave Guru out of the building. While looking for ways to escape from the place, he happens to meet Harini (Amritha Aiyer), an HR from the same company, who is also stuck on the same floor. Did Guru and Harini manage to escape from the trap, unhurt or what was their fate inside the lift? Watch the film for the answer.

SCREENPLAY, DIALOGUES & DIRECTION:
First things first, Lift is a film that stays true to its genre and we need to appreciate the team for not diluting the premise with deviations. Debut director Vineeth Varaprasad has constructed the screenplay in such a way that there is something happening in regular intervals, keeping the audience engaged. Vineeth garners attention with his cleverness in blending the horror elements with technology and except for a scene or two, we never see the figure of a ghost. By just playing with the elements of horror, the makers manage to send chills down the spine for the viewers. The staging and execution are neat and effective for the most part, maintaining the tension. The occasional humour amidst the tension is a relief, working in the favour of the movie.

On the flip side, the survival sequences featuring Kavin and Amritha tend to look repetitive after a certain point of time. The flashback, despite talking about a topical issue, lacks depth and the emotional connect, and it looks a bit rushed. There is no proper reasoning as to why Balaji Venugopal reacted in the manner he did towards Kiran. It would have been better if the backstory had something unique instead of just being a regular revenge story.

CAST:
Kavin is highly impressive, delivering a compact and subtle performance as Guru and he manages to showcase the emotions in an impactful manner. Kavin has definitely improved a lot from his previous outing and Lift is one of those films that will find a good place in the actor’s filmography. Amritha Aiyer has done justice to her character, with her eyes emoting well in the serious/dramatic sequences. Around 90% of the movie features just these two actors and both of them have neatly complemented each other’s performances andm this indeed makes Lift a fine watch.

TECHNICAL:
Britto Michael’s background score lends solid support in elevating the intensity of the scenes, keeping the audience on the edge of their seats. S Yuva's cinematography is commendable. With a major part of the film having to be shot inside a lift, Yuva manages to play well with the lighting and compositions. Madan's editing looks apt. Lift's sound design (credits: Tapas Nayak and team) is also highly impressive, adding more authenticity and tension to the film.

SO?
Except for the less impactful final act, Lift turns out to be an engaging horror-thriller, with good support from Kavin, Amritha, and the technical team.

Verdict Despite its shortcomings, Lift works fine because of its tension-filled screenplay!