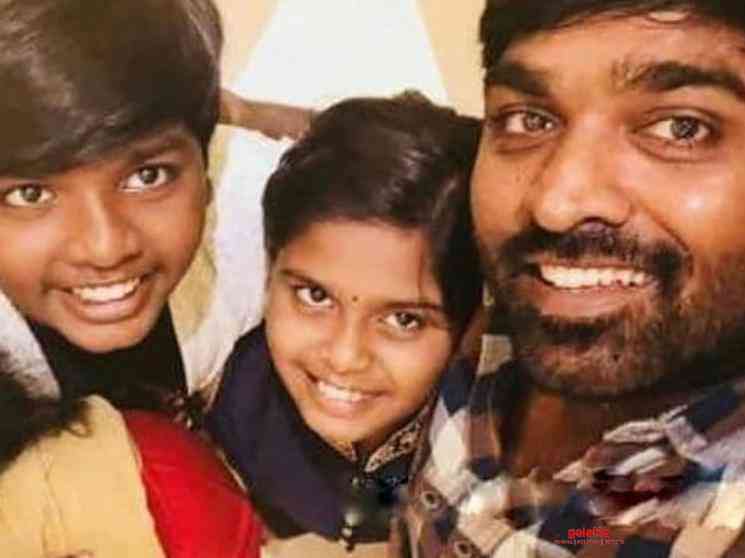 Vijay Sethupathi's son, Suriya made his acting debut in a brief role in Vignesh Shivan's directorial, Naanum Rowdy Dhaan. Later, he acted with his father in SU Arun Kumar's Sindhubaadh and he got to play an important role in the film. Following that, Vijay Sethupathi's daughter is also now all set to shine in a full fledged role. Yes! After making her onscreen debut with a small character in Sangathamizhan, Sreeja Vijay Sethupathi will now be acting as one of the leads in an upcoming web film that will run for a duration of around 1 hour. This web film is produced by Vijay Sethupathi Productions and notably, this is Makkal Selvan's debut production in the digital arena. This one hour web film is titled Mughizh and it is directed by Karthik Swaminathan.

Vijay Sethupathi and Regina Cassandra play the other leads in this film that has music scored by Revaa. The cinematography and editing departments are handled by Sathya and R Govindaraj respectively. The trailer of this web film is all set to be unveiled tomorrow, on New Year, at 5 PM in the evening. It looks like Vijay Sethupathi has planned to start the new year with some positivity and wishes. The shooting of this film is already completed and we can expect the movie to be released in the next few months.

Vijay Sethupathi is someone who recognises newer talents and believes in stronger contents and it is going to be interesting to see how Mughizh turns out to be. Wishes have already started to pour in for Sreeja Vijay Sethupathi and let us hope that this debut venture clicks well for her.

Vijay Sethupathi is also all geared up and set for the grand theatrical release of Thalapathy Vijay's Master which is scheduled to release on January 13, for Pongal. Vijay Sethupathi will be seen playing the role of Bhavani, a ruthless evil character, who will lock horns against JD aka Vaathi, played by Vijay. Makkal Selvan's other projects include Laabam, Maamanithan, Kadaisi Vivasayi (extended cameo), Yaadhum Oorey Yaavarum Kelir, Tughlaq Durbar, Kaathu Vaakula Rendu Kaadhal, Annabelle Subramaniam, Navarasa (Netflix anthology under Mani Ratnam's production), Uppenna (Telugu) and all these projects are in different stages of production.

Vijay Sethupathi will also be playing one of the leads in the Hindi remake of Lokesh Kanagaraj's debut directorial, Maanagaram. Ace cinematographer Santosh Sivan will direct this remake that stars Vikrant Massey as the other lead. For now, check out the official announcement of Mugizh web film here: