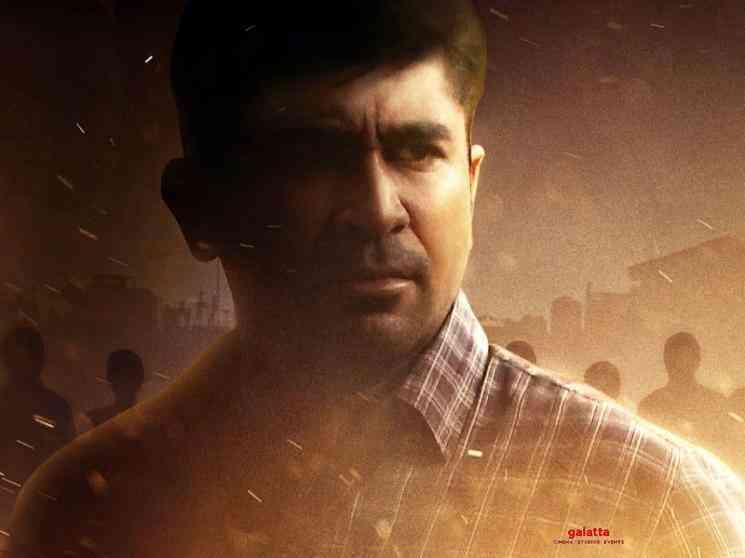 Kodiyil Oruvan is Vijay Antony's next outing and it is directed by Ananda Krishnan who garnered attention with the critically acclaimed thriller, Metro. Kodiyil Oruvan is touted to be a social drama with a tinge of action, romance, and other commercial elements. The first look poster of the film received a positive reception from the fans and Vijay Antony's smart makeover looked interesting. The makers have now made an exciting announcement, revealing that the teaser of the film will be released on January 2, coming Saturday at 2.01 PM in the noon. Vijay Antony made the announcement regarding the teaser release this noon and it has made the fans look forward to the release.

The teaser will give us a glimpse of what to expect in the film. We haven't got a clear picture of the film's premise so far and that will also be known through the teaser. Meesaiya Murukku sensation, Aathmika plays the female lead in this film and her pairing with Vijay Antony is going to look quite fresh. Kodiyil Oruvan is produced by TD Rajha under the banner of Chendur Film International, in association with Infiniti Film Ventures and Dhananjayan's Creative Entertainers and Distributors. Nivas K Prasanna has composed music for this film that has cinematography by NS Uthaya Kumar.

Apart from acting, Vijay Antony will also be editing the film, and let us wait and see if the upcoming teaser is cut by him. Vijay Antony's last release was Kolaigaran which was a good success at the box office. The talented music director turned actor will be looking forward to continuing the success streak with Kodiyil Oruvan, as well. He has already completed the shooting of movies like Thamezharasan, Agni Siragugal (with Arun Vijay), Khakee, which are in different stages of production.

Vijay Antony will also be doing the sequel of his blockbuster hit, Pichaikkaran, and the shooting for that film is expected to begin early next year. Pichaikkaran 2 is directed by Priya Krishnaswamy who made her debut with the National Award winning film, Baaram. Vijay Antony will debut as a writer in that film. For now, check out the official announcement regarding Kodiyil Oruvan's teaser release here: