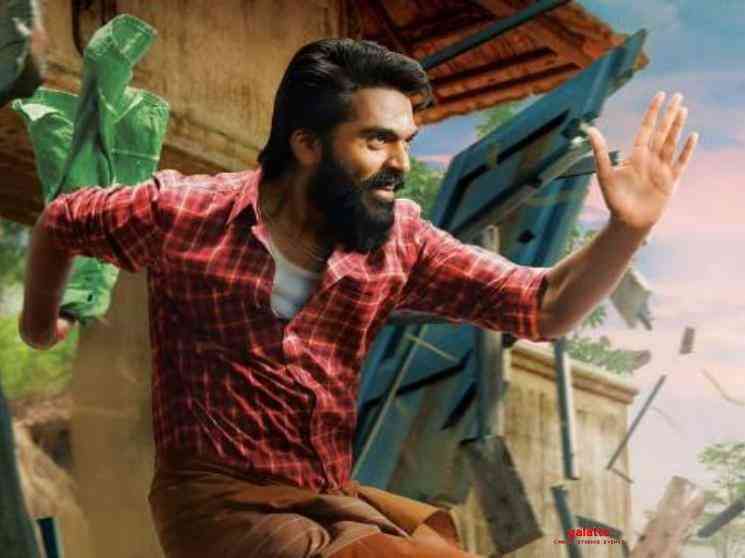 Silambarasan TR's highly-anticipated Eeswaran has been announced for a grand Pongal release on January 14, 2021, with expectations for the film’s audio and trailer now keenly being awaited by fans. Directed by Susienthiran and produced under KV Durai & MDM Sharfudden’s D Company banner, the upcoming rural action family entertainer will be released in Tamil Nadu by 7GFilms, with AP International securing the overseas rights. Having said that, the makers of Eeswaran have been facing a few issues allegedly due to the producers of Simbu's 2017 film, Anbanavan Asaradhavan Adangadhavan. It has been stated that they will object to Eeswaran's release until the issue between the actor and them is settled. Now, reputed Tamil film producer JSK Satish Kumar has expressed his support to STR and the producer of Eeswaran in an official press release.

JSK Satish Kumar, who is the Secretary of the Tamil Nadu Movie Makers Sangam, said that there are certain people taking steps to stop the release of Simbu's Eeswaran. JSK stated, "There is no link between the producers of  Anbanavan Asaradhavan Adangadhavan and Eeswaran. The producers of Eeswaran are taking the bold step of releasing the film for Pongal, at a time when the industry is going through difficulties due to the coronavirus pandemic. It is not right to call the producer and distributors and threaten them to pay a certain amount for the film to be released."

He further added, "I condemn strongly the people behind such actions. There is absolutely no doubt that Eeswaran will be released on the date it has been announced and there is no need for any further discussion about it. We are going to extend our support to the producer of the film. In regard to AAA, there were many issues and discussions were held between the two parties. Simbu had also given away a percentage of his salary for the film. Despite many discussions taking place at later stages, the problem did not come to a resolve. In the end, Simbu approached the court to solve the issue, which is currently being dealt legally. Threatening people and trying to stop the release of Eeswaran cannot be permitted. Legal action will be taken on those who indulge in such acts. We once again reiterate that we are with the team of Eeswaran and the film will be released in theatres on the promised date." 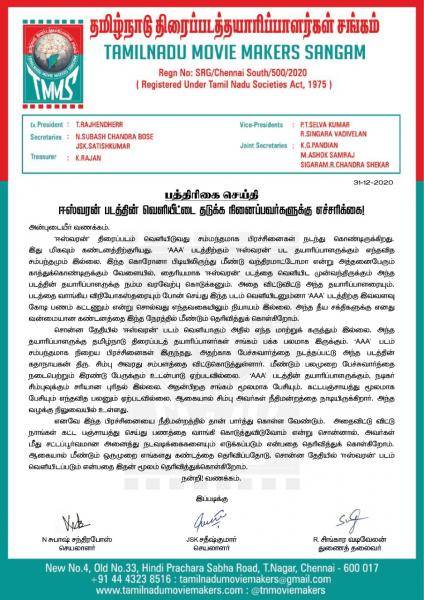