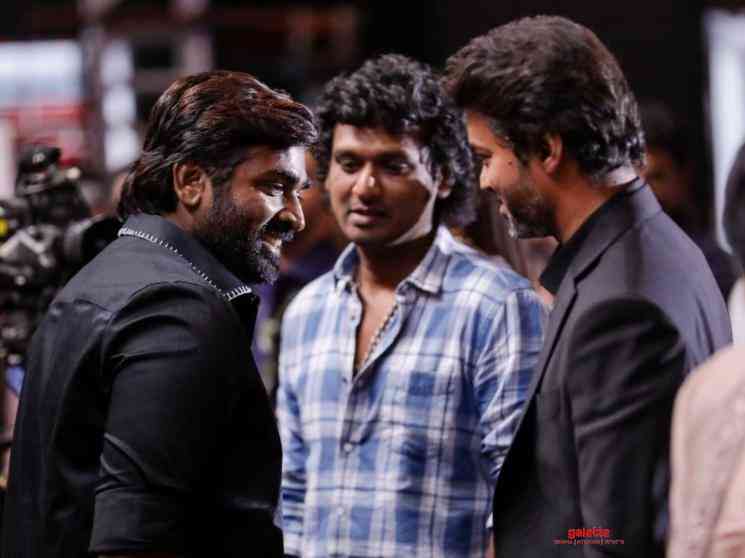 A film that was scheduled to hit screens on April 9 earlier this year, 'Thalapathy' Vijay's Master is now gearing up for a massive Pongal release in January 2021 after being pushed due the coronavirus pandemic crisis. Apart from Vijay, the mass masala action entertainer will also see 'Makkal Selvan' Vijay Sethupathi playing the antagonist, with the visuals from the film's teaser released this Diwali showing the showdown between the two superstars receiving a thunderous response. Having said that, Master director Lokesh Kanagaraj has now released a special Common DP poster for Vijay Sethupathi, who has completed 10 years in the Tamil film industry.

Among them, Vijay Sethupathi's role in Master has fans mighty excited as it has him playing the villain and his on-screen clash with 'Thalapathy' Vijay as was seen in the teaser has fulfilled everyone’s expectations and has left wanting for more. This will be the second occasion Vijay Sethupathi is cast opposite a gigantic superstar like Vijay after starring in the 2019 blockbuster Petta, which had Rajinikanth in the lead role. Theatre-owners are also looking forward to Master's theatrical release next month as there is a strong belief that Vijay's star power supported by Vijay Sethupathi's screen presence will do wonders at the box office. Featuring music by Anirudh Ravichander, the film will also see Malavika Mohanan as the female lead, followed by Shanthanu Bhagyaraj, Arjun Das, Andrea Jeremiah, Gouri Kishan, Master Mahendran, KPY Dheena, Ramya Subramanian, Azhagam Perumal among others forming the supporting cast.