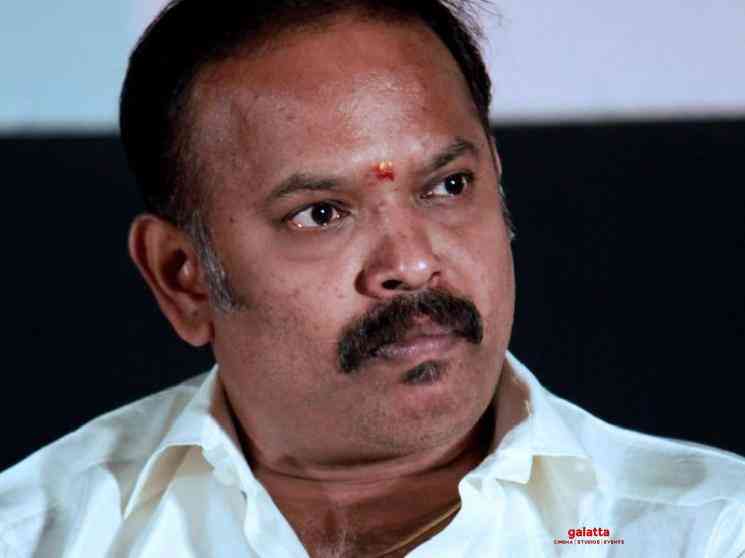 Earlier this morning (Nov 5), director Venkat Prabhu's mother in law, Seetha Amma passed away. She died due to a cardiac arrest. Venkat Prabhu took to his official Facebook page to share this news with his friends and well-wishers. Venkat Prabhu's statement read, "My mother in law (raji’s mom) seetha amma passed away this morning due to cardiac arrest. Please do pray for her soul to RIP". VP's near and dear ones are sharing their condolence messages on social media and mourning the demise of Seetha Amma. Galatta Media expresses its heartfelt condolences and let us pray for the departed soul to rest in peace.

On the work front, Venkat Prabhu is gearing up and waiting for the release of his debut web series, Live Telecast, that is set to stream on Disney + Hotstar OTT platform very soon. This horror web series consists of 7 episodes and it stars Kajal Aggarwal, Vaibhav and Kayal Anandhi in the lead roles. Venkat Prabhu has also worked on two anthology films - Kutti Love Story (starring Joshua fame Varun) with Gautham Menon, AL Vijay, and Nalan Kumarasamy and Victim (starring Prasanna) with Pa Ranjith, M Rajesh, and Chimbu Deven. Both the anthology films are in different stages of production and we can expect announcements regarding the release in the coming weeks.

Venkat Prabhu will also be looking forward to resuming the shooting of his next film, Maanaadu that stars Simbu in the lead role. The shoot of Maanaadu was stalled all these months due to the pandemic and after a long wait, the makers have planned a safe schedule which is said to begin from the second week of this month. Produced by Suresh Kamatchi, this political drama has been planned to be shot on a grand scale with a good production value. With music scored by Yuvan Shankar Raja, the film features an exciting star cast including Bharathiraja, SA Chandrasekhar, SJ Surya, Kalyani Priyadarshan, Karunakaran, Manoj Bharathiraja, Daniel Annie Pope, and others. Venkat Prabhu is also awaiting the release of his long delayed multistarrer, Party, which was completed long before. For now, check out Venkat Prabhu's Facebook post about his mother-in-law's demise here:

My mother in law (raji’s mom) seetha amma passed away this morning due to cardiac arrest. Please do pray for her soul to RIP