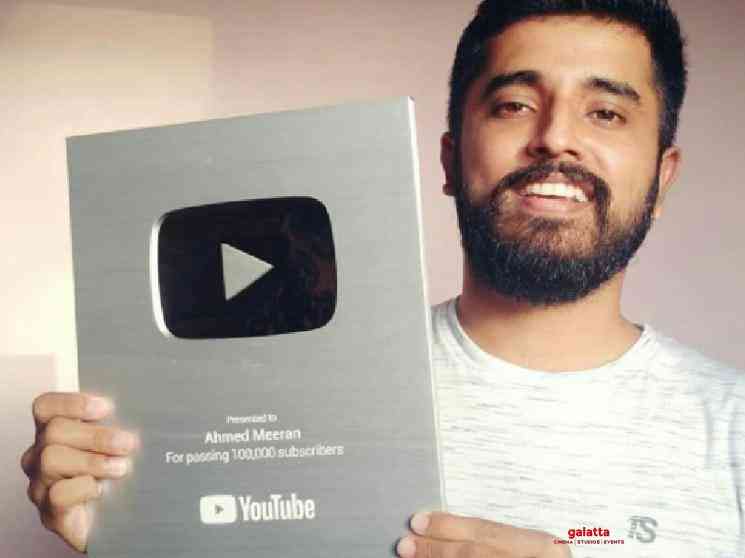 British journalist and entertainment entrepreneur Kiran Rai has joined hands with New York Press Agency and compiled a list of 400 most influential Asians in Arts, Culture, and Media for the year 2020. Tamil Youtuber and Instagram Content Creator Ahmed Meeran has managed to find a place in this celebrated group which featured some big names like AR Rahman, Sonu Nigam, Shankar Mahadevan, Shruti Haasan, Kajal Agarwal, Rahat Fateh Ali Khan, Adnan Sami, Zakir Hussian, and many more. Overwhelmed with the honour, Ahmed Meeran expressed his excitement to feature in the list of 400 most influential Asians in 2020.

Sharing a video on his Instagram handle, the social media creator wrote, "I am extremely humbled and excited to let you all know that I have made it to the power list of "400 most influential people of Asia in 2020" by the New York Press Agency, alongside big names like A.R Rahman, Rahat Fateh Ali Khan, Zakir Hussain, Sonu Nigam, Shruti Haasan, Kajal Agarwal and many more. Special thanks to @kiran_rai99 and @jayparmar3 who interviewed me alongside A.R Rahman, Sonu Nigam, Rahat Fateh Ali Khan, Adnan Sami, Zakir Hussain and more than 230 people across India, Pakistan and Afghanistan. I have shared the interview on my story. Kindly watch it 😊 Thank you once again . Being a digital creator, this is truly an honour for me. #worldnews #UKnews #indiannews #powerlist #ahmedmeeranoffl"

It is to be noted here that Ahmed Meeran is one among the very few Social Media Creators from India who have had the honour to be featured in this list this year. Team Galatta extends its warm regards and wishes to all the artists who have achieved this feat.