We had reported yesterday that filmmaker Selvaraghavan issued a challenge to fans to start decoding his latest film, NGK. The acclaimed director had asked fans to identify the exact moment when Suriya’s character Nandha Gopalan Kumaran transforms into NGK in the film. Sticking to his promise, Selvaraghavan has now acknowledged responses from fans giving his approval to a few starting with a follower’s reply that stated Suriya’s Nandha Gopalan Kumaran transformed NGK during the scene in the MLA hostel. Selvaraghavan then confirmed saying the sequence of Suriya holding himself from the insults of Ilavararu during the close up shot was the pivotal point in the film where he gets transformed as NGK. 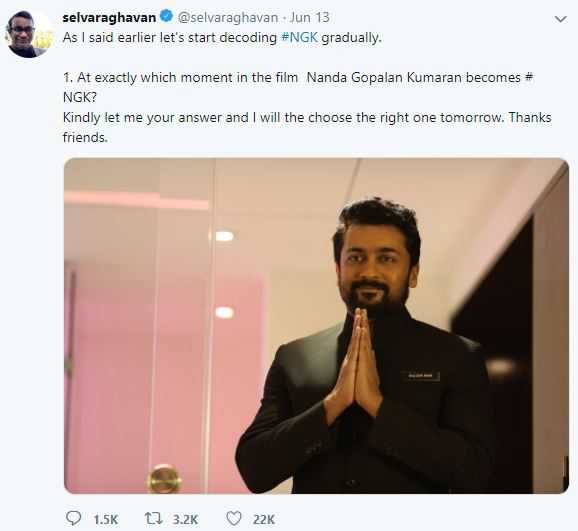 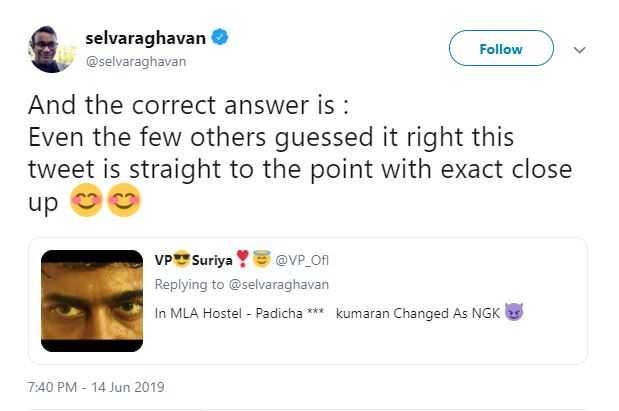 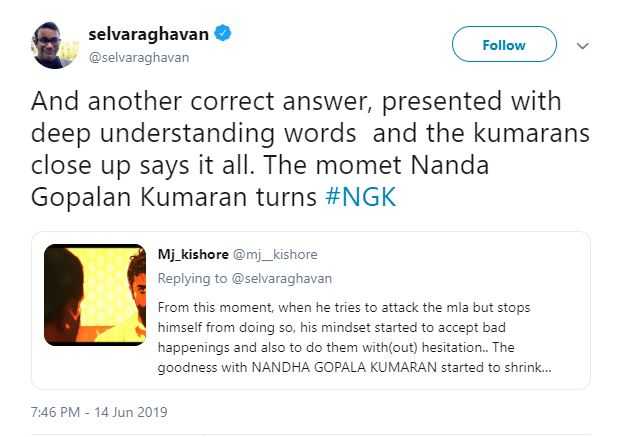 Fans have flooded Selvaraghvan’s Twitter timeline with their suggestions and theories on the in-depth aspects in NGK ever since the day of its release two weeks back. The filmmaker has now issued yet another challenge regarding the film and the much-debated scene between Suriya’s NGK and Rakul Preet Singh’s Vanathi characters and their interaction at her penthouse. Selvaraghavan has asked fans to deduce from the three options on what exactly happened between the two when they spent the night together. His options include: 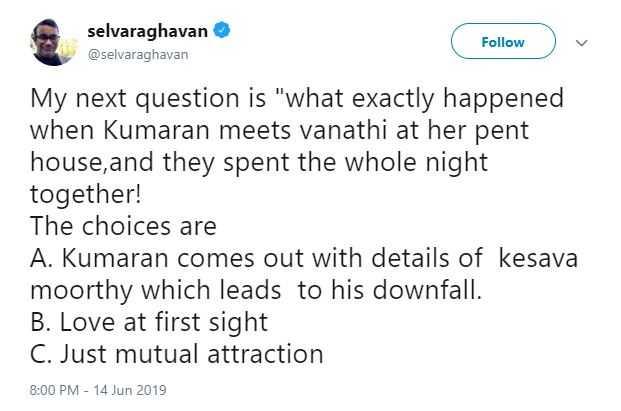 Many fans have been coming up with hidden details in the film that are being dug out by Selvaraghavan enthusiasts. NGK also starring Sai Pallavi as the female lead with music by Yuvan Shankar Raja under the Dream Warrior Pictures banner incidentally also marks the return of Selvaraghavan to cinema after a gap of 6 years since his last film, Irandam Ulagam, a fantasy romance released in 2013, which had Arya and Anushka Shetty in the lead roles.