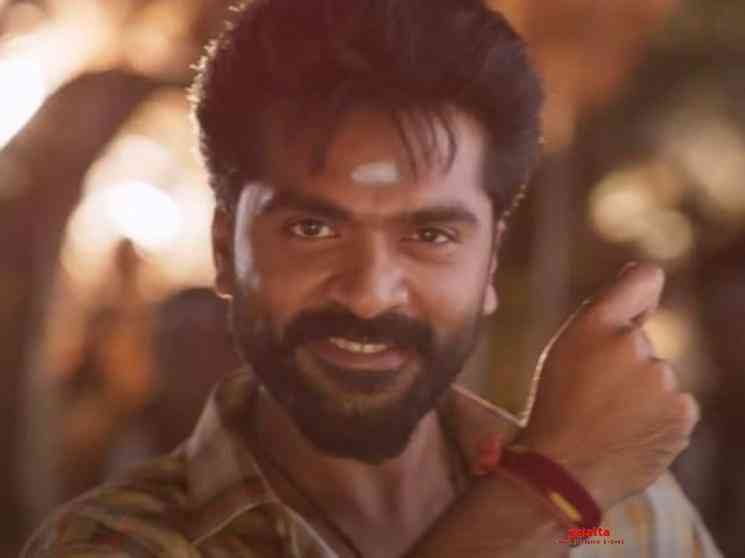 Silambarasan TR's first release of 2021 will be the mass action family rural entertainer Eeswaran directed by Susienthiran, which has been announced to come out as a Pongal 2021 release. The flamboyant and multi-talented actor wrapped up shooting and dubbing for the film in a span of less than 45 days, leaving fans impressed. With STR creating a storm online since his return to social media and subsequently providing fans with a number of updates over the last two months, including leaving many awestruck with his radical physical transformation, the first single track from Eeswaran titled 'Thamizhan Pattu' has now been released by Think Music India.

Composed and sung by S. Thaman, 'Thamizhan Pattu' from Eeswaran also includes vocals by Ananthu and Deepak, with the lyrics penned by Yugabharathi. The song is a festive mass number, with the female lead Nidhhi Agerwal, veteran director Bharathiraja, actress Nandita Swetha and Bala Saravanan joining Silambarasan around whom the song has been picturized. The song is sure to turn out to be a chart-buster with its foot-tapping beats and Simbu's presence is expected to elevate the visuals a notch higher.

Produced under KV Durai & MDM Sharfudden’s D Company banner, promotions for Eeswaran are being carried at an active pace, with fans being provided updates on a regular basis. So far, a motion poster, including an action-packed teaser was released as a Diwali treat for fans, who have given it a double thumbs up. The film has also been announced to be coming out in theatres in Hindi, Telugu, Kannada and Malayalam, with a stellar technical crew on board among whom are S Thirunavukkarasu for cinematography, Anthony for editing and Rajeevan as the art director.

The hype surrounding Eeswaran is rising higher with each day as STR was last seen in a cameo in Oviya's adult entertainer 90ML, with fans expecting him to deliver yet another memorable performance akin to the one in Mani Ratnam's multi-starrer box office blockbuster Chekka Chivantha Vaanam in 2018. Eeswaran will be the start of a big campaign for Simbu in 2021, who also is currently shooting for director Venkat Prabhu's mass masala political entertainer Maanaadu after which he is expected to complete his portions in the Tamil remake of the hit Kannada film Mufti alongside Gautham Karthik under Sillunu Oru Kaadhal fame Krishna's direction.