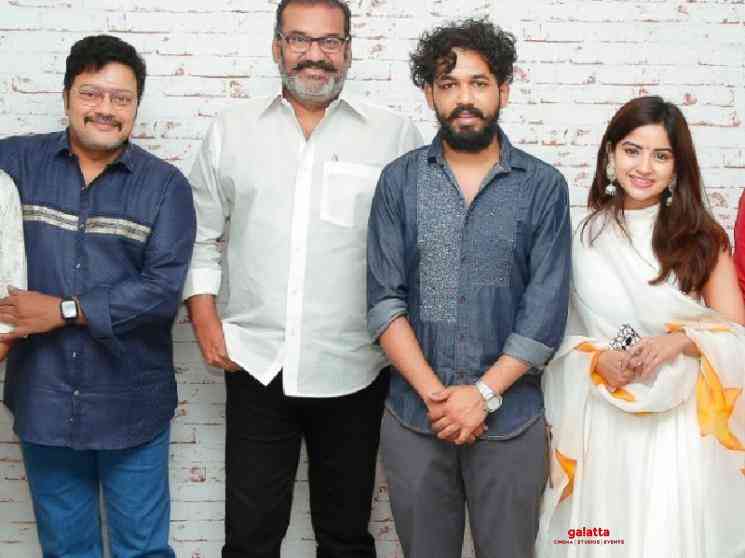 Hiphop Tamizha Adhi was last seen in Naan Sirithal, directed by Raana and it was a box office success. Ever since the release of Naan Sirithal, the fans were eagerly waiting to know about Adhi's next outing as an actor. There were several speculations, but an official word was awaited. After a patient wait, the announcement has now been made and Hiphop Tamizha's fourth film as an actor is titled Anbarivu, which should possibly be the name of the film's protagonist. Anbarivu is directed by debutant Aswin Raam and produced by veteran producer TG Thyagarajan under the banner of Sathya Jyothi Films. Director Aswin has earlier worked as an assistant director to Soundarya Rajinikanth in Dhanush's Velaiyilla Pattathaari 2.

The movie features Sivappu Manjal Pachai fame Kashmira Pardeshi as the female lead and has Napoleon, Vidharth, Saikumar, Urvashi, Sangitha Krish and Dheena in crucial roles. Hiphop Tamizha will be taking care of the songs and background score of this movie that has cinematography by Madhesh Manickam, editing by Pradeep E Ragav and stunt direction by Dinesh Subbarayan. Hiphop Tamizha Adhi has got a huge fan base and all his three movies have turned out to be profitable ventures in the box office.

The shooting of Anbarivu kickstarted today (December 14) with a formal pooja that was held this morning. The shooting will happen as per the Covid-19 norms and more details are awaited. This announcement has made the fans excited and look forward to the film. On the musical front, Adhi and Jeeva are busy with the Vaibhav - Parvatii starrer Aalambana which is a fantasy drama. Aalambana is directed by newcomer Pari K Vijay and produced by Kotapadi J Rajesh under the banner of KJR Studios. Hiphop Tamizha is also scoring music for Sundeep Kishan's A1 Express which is touted to be the remake of Adhi's Natpe Thunai. A1 Express is directed by Dennis Jeevan Kanukolanu and produced by TG Vishwa Prasad.

With several projects on the acting and musical fronts, days are bright and busy for Adhi and co. For now, check out the official announcement of Hiphop Tamizha Adhi's Anbarivu here:

We're excited to announce our next film #Anbarivu starring @hiphoptamizha, Directed by @dir_Aswin.