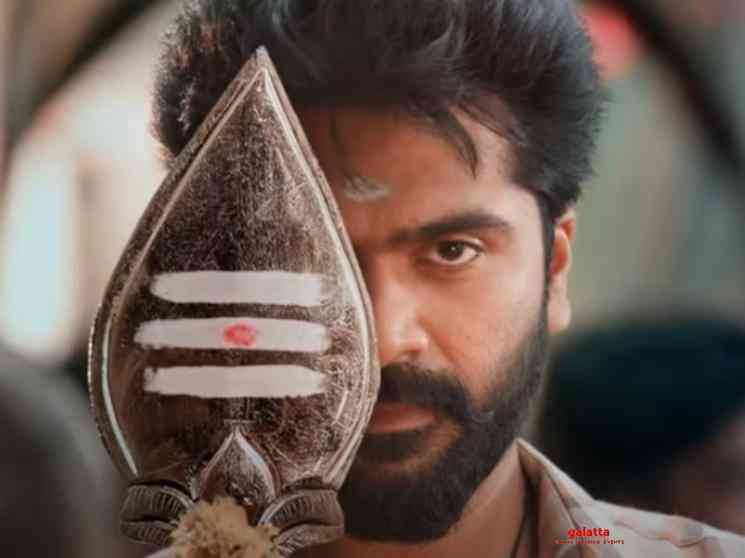 Silambarasan TR has been on a spree of surprising his fans, who have been celebrating his stunning comeback in the form of his re-entry on social media, including his astounding physical transformation. The flamboyant superstar has in the last few months completed shooting for his Eeswaran under Susienthiran's direction, which has now been confirmed for a worldwide theatrical release on January 14, 2021 as a grand Pongal treat. The upcoming rural action family entertainer has also passed the censor formalities and has been given a 'U' certificate, with the film's audio launch as well announced to come out on January 2.

Produced under KV Durai & MDM Sharfudden’s D Company banner, Eeswaran's Tamil Nadu theatrical rights have been bagged by 7GFilms, with AP International securing the overseas rights. With the announcement of the film's release date out now, STR fans have begun their preparations for a grand celebration as it marks the actor's big comeback to cinemas after his Vantha Rajavathaan Varuven. Expectations for Eeswaran are tremendous as the motion poster and teaser featuring Simbu satisfied the actor's fans, who have been wanting to witness him in a complete commercial package entertainer.

Simbu will be romancing Bhoomi actress Nidhhi Agerwal in the film, which also includes veteran director-actor Bharathiraja, Nandita Swetha, Bala Saravanan among others in major supporting roles. Eeswaran is also the third time composer S. Thaman has come on board a STR venture after their previous successful collaborations namely Osthe and Vaalu. Apart from the star-studded cast, Silambarasan's Eeswaran has a stellar technical team with names like S Thirunavukkarasu for cinematography, Anthony for editing and Rajeevan as the art director. There is also a talk of the Eeswaran trailer coming out once the film's audio is launched, with an announcement on it expected in the next few days.

STR and his fans have had plenty of reasons to end 2020 on a high note as the actor's Eeswaran is set for release, with the actor gearing up to resume the next schedule of director Venkat Prabhu's mass masala political entertainer Maanaadu from the first week of January. Likewise, Simbu will also be kicking off filming for his Pathu Thala alongside Gautham Karthik and Priya Bhavani Shankar under Sillunu Oru Kaadhal fame Obeli N. Krishna's direction in February. In addition, Silambarasan TR is also said to be working on doing Poda Podi 2, which actor-producer Padam Kumar recently during the promotions for Paava Kadhaigal revealed was in active development.