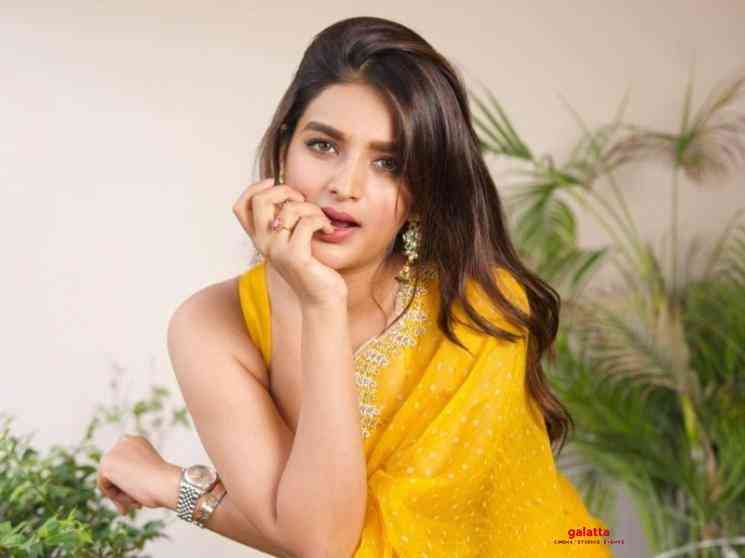 Nidhhi Agerwal became an instant youth sensation after her debut in 2017 in the Hindi film, Munna Michael, opposite Tiger Shroff. She subsequently went on to land her first Telugu film offer in 2018 in the Naga Chaitanya, Madhavan and Bhumika Chawla starrer, Savyasachi, with her performance making heads turn across South India. Nidhhi followed it up with her next big Telugu role opposite Akhil Akkineni in rom-com Mr. Majnu in 2019, with the actress then starring in Ram Pothineni’s science fiction action venture, iSmart Shankar. Appearing as a neuroscientist, Nidhhi's role in iSmart Shankar turned out to be a crucial one, with the film becoming a massive box office success.

As Nidhhi's popularity continues to soar in Telugu cinema, the actress made the switch to Tamil films and landed her first big role opposite Jayam Ravi in the social action drama, Bhoomi, which is set for a grand premiere on January 14 on the Disney+ Hotstar streaming platform. Directed by Romeo Juliet and Bogan fame Lakshman and produced by Sujatha Vijaykumar under her Home Movie Makers banner, Bhoomi featuring music by D. Imman had an action-packed interesting trailer released earlier this week, with the up-and-coming actress said to be having an important role in the film's narrative.

On that note, fans were given more reason to cheer when Nidhhi Agerwal was also announced to star opposite Silambarasan TR in the rural family action drama film, Eeswaran, which as well is slated for a Pongal release in January 2021. With the film's audio set to be coming out on January 2, all sights are for its theatrical release on January 14. Directed by Susienthiran, Eeswaran, which had a motion poster and a teaser released, has been produced under KV Durai & MDM Sharfudden’s D Company banner, with the film also coming out in Telugu, Kannada, Malayalam and Hindi languages.

Both Bhoomi and Eeswaran are big projects for Nidhhi, who will be seen in theatres and on OTT at the same time, which makes it a big distinction. Apart from the two films, she was also recently announced to be starring in Udhayanidhi Stalin's next venture under his Red Giant Movies banner being directed by Thadam fame Magizh Thirumeni. Nidhhi, who has transcended from Hindi films to Telugu cinema, where she reached the top of the ladder in quick time, will be aiming to hit the high note once again in Tamil as her film lineup is looking quite promising.