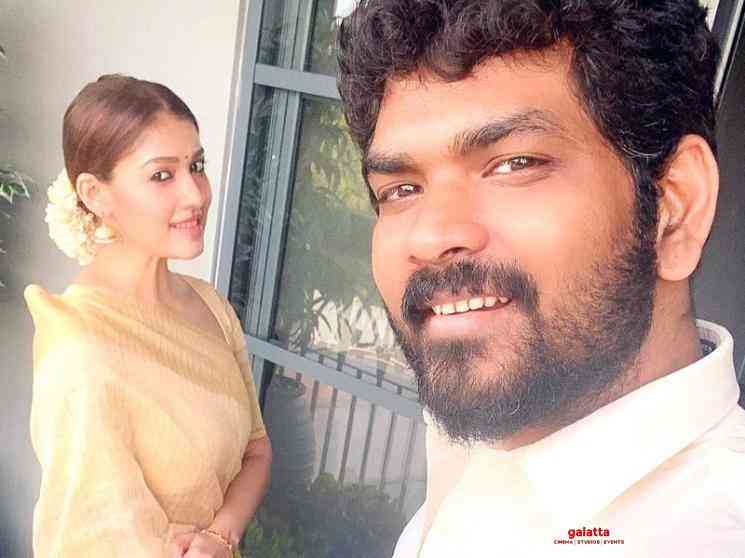 It is a known fact that Nayanthara and director Vignesh Shivan are managing a production company named Rowdy Pictures and Netrikann is their debut production venture. The teaser of Netrikann which released a few days before created a very good buzz on social media. Netrikann is directed by Milind Rau of Aval fame. The couple will also be presenting debut director Arun Matheswaran's film, Rocky that stars Taramani fame Vasanth Ravi and veteran director Bharathiraja in the lead roles. Vignesh Shivan recently made the announcement about acquiring the theatrical distribution rights of Rocky and it made the fans look forward to the film's release.

Following that, the young filmmaker and Nayanthara have now acquired one more new Tamil film, and here is what you need to know. Nayanthara and Vignesh Shivan will present an upcoming Tamil film titled Koozhangkal, which is directed by debutant PS Vinoth Raj. It looks like the duo, who recently saw the film, were mighty impressed that they decided to extend their support. Nayanthara and Vignesh Shivan in a joint statement said that they have also taken over the complete production of the movie and they've been credited for the same. So, Vignesh Shivan and Nayanthara have produced and will present Koozhangkal which is currently planned to be sent to international film festivals across the globe.

It looks like Koozhangkal will be a quality content-driven film that will appeal well to cinema lovers. The film features a bunch of new actors in the cast. Yuvan Shankar Raja has scored the music for the film.

Nayanthara and Vignesh Shivan's joint statement about Koozhangkal states, "There are certain days that become precious and valuable when we come across a film that makes us proud of the field we are associated with. One such moment was watching a beautiful movie 'Kuzhaangkal', which marks the directorial debut PS Vinod Raj. The film's premise is as simple as the title but created an exquisitely loveable impact within. Koozhaangkal didn't steal our attention for a spellbinding performance of new actors and technical crew but stirred our souls with adorable background score by Yuvan Shankar Raja.

Such an experience instantly instilled in us the excitement to not just present the film theatrically, but also take it towards International film festivals and take over the entire production as well. We are proud to present this film for you in the hope that it will make an impact on you as well. Sincerely, Nayanthara and Vignesh Shivan.".

Good luck to us on the festival circuit😌😌