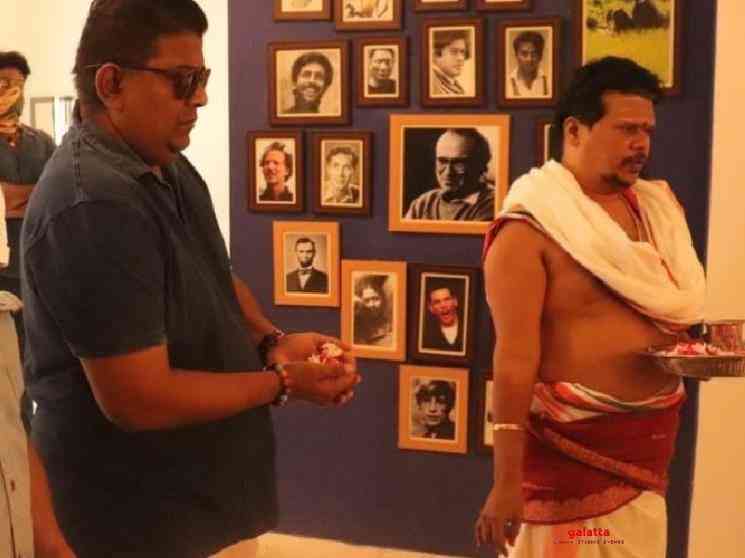 Director Mysskin had a very positive start to 2020 with the box office success of his film, Psycho that starred Udhayanidhi Stalin, Aditi Rao Hydari, Nithya Menen and Rajkumar Pitchumani in the lead roles. When everyone expected that his next directorial would be Thupparivalan 2, he walked out of the project citing creative differences with Vishal who is also the producer of the film. Mysskin and Vishal had several open arguments in public and their fight created a huge buzz on social media. A few weeks before, it was officially announced that Mysskin's next directorial venture will be the sequel of Pisaasu and it made the fans excited. Pisaasu is a film that had a very different take on horror movies and it earned both critical acclaim and commercial success.

The sequel, however, will not be a continuation of the first part, and we will be seeing fresh characters. Andrea Jeremiah will be playing the lead in this horror thriller, alongside Rajkumar Pitchumani of Psycho fame and Poorna (Shamna Kasim). The film was officially launched last night (December 14) with a formal pooja in Chennai. The makers have revealed a few interesting details about the film and here is what you need to know. A grand set is planned to be erected at Dindigul and the set construction works have begun.

The shooting of the film will begin next month and will be completed in a single schedule. Mysskin has planned to complete the entire shooting in a single schedule without any breaks. Karthik Raja will be composing music, while Kabilan will be writing the lyrics for the songs. Siva Santhakumar has been roped in as the cinematographer. T Muruganantham of Rockfort Entertainment will bankroll Pisaasu 2 and the film will be shot on a grand scale with high production values.

Mysskin also revealed on his social media page that Super Singer sensation Priyanka NK has sung a song in the film. Priyanka has a very soulful voice which we have listened to in Super Singer and it sounds exciting to know that she has sung a number in Karthik Raja's musical for Pisaasu 2. Mysskin treats his songs very special and in that way, let us hope that this new song turns out to be a chartbuster when it gets released. After completing Pisaasu 2, Mysskin will be collaborating with star heroes like STR and Arun Vijay and both are action-driven films.