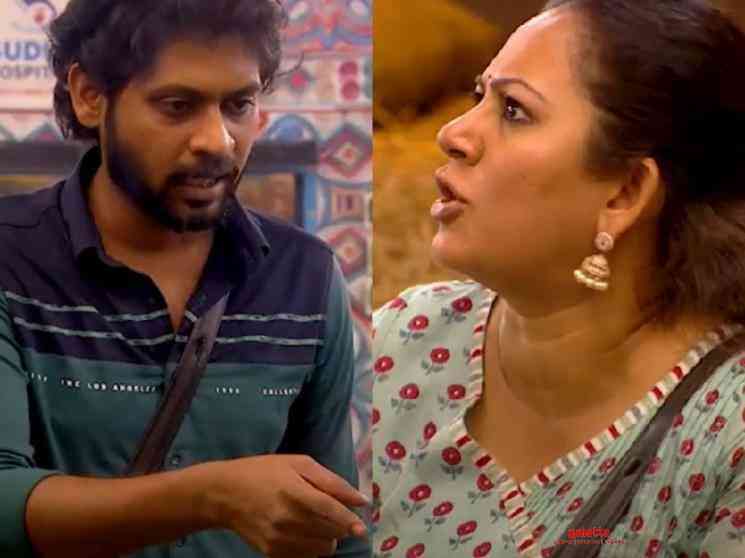 Bigg Boss Tamil season 4 is currently in its third month and has been getting a tremendous response yet again from fans. The 'Ulaganayagan' Kamal Haasan-hosted show is being telecast on Vijay TV and streamed on Hotstar, with seven contestants namely singers Velmurugan and Suchithra, actors Suresh Chakravarthy and Jithan, model Samyuktha Karthik and actresses Rekha Harris, Sanam Shetty and Aranthangi Nisha getting evicted up until now. The remaining contestants in the Bigg Boss 4 house now are Ramya Pandian, Rio Raj, Shivani Narayanan, Gabriella Charlton, Aajeedh, Balaji Murugadoss, Som Shekhar, Anitha Sampath, Aari and the first wildcard entrant VJ Archana Chandhoke, with plenty of drama already witnessed among them to emerge as the winner of the reality TV show's ongoing edition.

In the third promo for Tuesday, we see a continuation of the events from the earlier promos in the day, which had seven among the ten remaining contestants being nominated for this week's eviction, with this week's luxury budget task being teased and the Bigg Boss 4 house turning into a farmhouse. This latest promo shows a heated argument taking shape between Rio Raj and VJ Archana, who have stuck together through thick and thin so far on the show. We see Rio arguing with Archana saying she was the one who informed him about the group approach being adopted by some of the other contestants prior and after the task. Rio then states that she never was in the picture when the events took new shape, with Archana replying back that there's no necessity for her to tell him about it, leaving him quite exasperated.

We then see Rio debating with Balaji about the tactics adopted and informs him that he understood the basis behind not approaching at the same time while participating in the farmhouse task. Rio further goes on to say that Balaji has been following that one aspect of the rule, which he has been trying to make others understand and adopt. Towards the end, Rio conceded telling him that the fair point goes to him and is not all pleased at the outcome of the turn of events. Whether the difference of opinion between Rio and Archana will get heightened or simmer down, will most likely be known in tonight's episode of Bigg Boss 4.