Despite the line of projects ‘Makkal Selvan’ Vijay Sethupathi has signed for the year ahead, the upcoming neo noir mafia comedy Junga has quite a lot of fans excited.

With the Junga trailer as well as a few lyric videos released earlier this week, we now have a strong reason to believe Vijay Sethupathi will be essaying dual roles in the film.

Although the Junga trailer doesn’t drop too many hints, the “Rise of Don” song lyric video includes a chock full of easter eggs suggesting Vijay Sethupathi is indeed playing dual roles as a father and son.

Probably the biggest clue in the “Rise of Don” song lyric video happens to be at the 1:11 mark where we can see Vijay Sethupathi during the 1980s teaching a young boy the nuances of handling a theatre projector, who happens to display mannerisms as well as adorning an attire akin to a present day 'Makkal Selvan' in the film.

It must be noted that there is a moment in the beginning of the Junga trailer where a theatre called the Cinema Paradise is featured, which also seems to be a major plot point in the proceedings of the film.

Directed by Gokul with music by Siddharth Vipin, the film features Sayyeshaa playing one of the female leads. 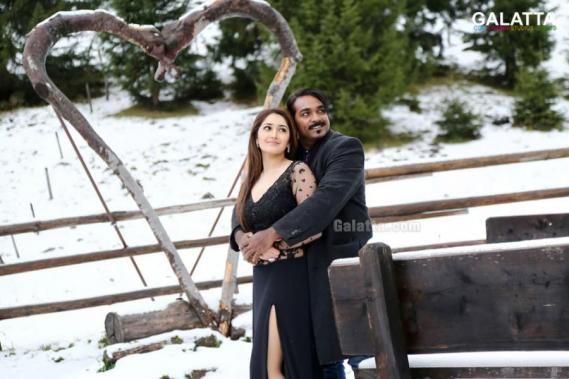 Actress Madonna Sebastian will be seen for the third time opposite Vijay Sethupathi, who is producing Junga under his Vijay Sethupathi Productions banner, which incidentally also happens to be his costliest film till date.