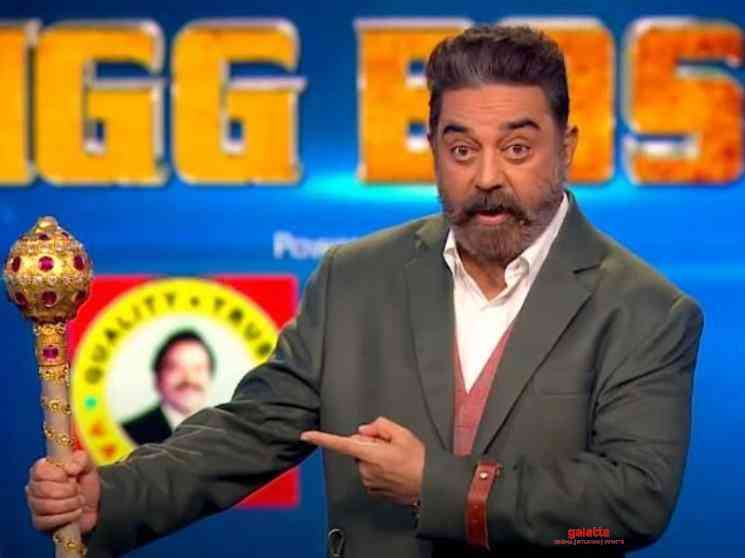 Bigg Boss Tamil season 4 is all set to end its third week, with BARC India (Broadcast Audience Research Council India, a tech & insights body tracking the TRP ratings of each television program, on Friday revealing that the show has witnessed a viewership of 2 billion people on its launch day, followed by 1.7 billion watching during the entire launch week. The response as shown by BARC's analytics is nothing short of amazing as fans have had a rollicking time watching the events on the latest edition of Bigg Boss Tamil, which once again is being hosted by Kamal Haasan after three successful seasons. The ongoing season of Bigg Boss has already seen one eviction in the form of Rekha Harris, with all eyes now set on the remaining contestants among whom include Ramya Pandian, Rio Raj, Shivani Narayanan, Samyuktha Karthik, Gabriella, Aajeedh, Balaji Murugadoss, Som Shekhar, Suresh Chakravarthy, Aranthangi Nisha, Anitha Sampath, Sanam Shetty, Jithan Ramesh, Aari, singer Velmurugan and the first wildcard entry VJ Archana Chandhoke.

In the first Bigg Boss Tamil season 4 promo for Saturday, we see host Kamal Haasan once again taking centre stage. In this latest promo for tonight's episode to be aired and streamed on Vijay TV and Hotstar, we see 'Ulaganayagan' speaking about the events in the Bigg Boss 4 house over the past week, while making a sarcastic remark about Suresh Chakravarthy, without referring to his name. We see Kamal saying that Suresh was planning to start something big (Koluthi podren in Tamil), but it eventually ended up bursting in his hands. He then informs the viewers that Bigg Boss, which is supposed to be a competition, has ended up losing its sheen because of disrespect among the contestants, referring to Sanam Shetty's outburst against Suresh. Kamal then points to a gada (the weapon of Hindu God Hanuman) and says it's an important decision that it should be in the right hands. Towards the end, he states that looking at the ongoing events inside the Bigg Boss house, he will have to take hold of the gada, obviously referring to stepping forward and bringing an end to the disputes.

This latest promo clearly shows that Kamal Haasan will be addressing all the events that had transpired over the week in the Bigg Boss Tamil season 4 house. How things will turn out and who will be shown the door as the next contestant to be evicted, remains to be seen. Watch the Bigg Boss Tamil Season 4 | 24th October 2020 - Promo 1 below: