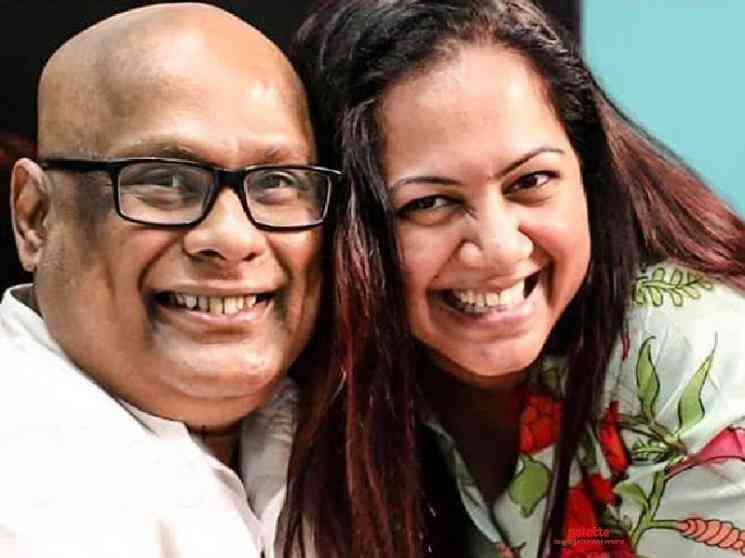 Suresh Chakravarthy is now a household name, thanks to his active participation in the ongoing season of Bigg Boss Tamil. Suresh Chakravarthy entered the Bigg Boss house, earlier this year and stayed there for a month’s time. He was the third contestant to be evicted from the show and his eviction created a huge outrage on social media. The fans were shocked about his eviction since he had a solid support among the viewers. Despite his age, he actively participated in all the tasks and was sportive about many things. After coming out of the Bigg Boss house, the audience expected him to re-enter as a wildcard contestant, but unfortunately it didn't happen.

Maybe we can see him and other contestants during the grand finale of the show. Suresh Chakravarthy recently interacted with his followers and fans through a live video and the video has been garnering attention on social media. During the live video, Suresh had a surprise visitor. Yes! Archana entered in the middle of the live session and surprised Suresh and the fans who were following the live.

Talking about surprising Suresh during the live, Archana said, “I knew Suresh was going to be doing this live and the whole idea was to gatecrash on the live. I just want to tell one thing. Suresh is a good man and he deserves all the love. There is life beyond Bigg Boss and we all love each other,”. Looking at Suresh, Archana told, “I love you more than you love me,”.

During the interaction, Suresh Chakravarthy answered various questions regarding the Bigg Boss game show. He is also regularly posting videos related to cooking on his YouTube channel. On the acting front, Suresh Chakravarthy will be seen in an important role in Vishal’s upcoming detective thriller, Thupparivaalan 2. For now, check out Suresh Chakravarthy’s latest live video and Archana’s surprise entry here: