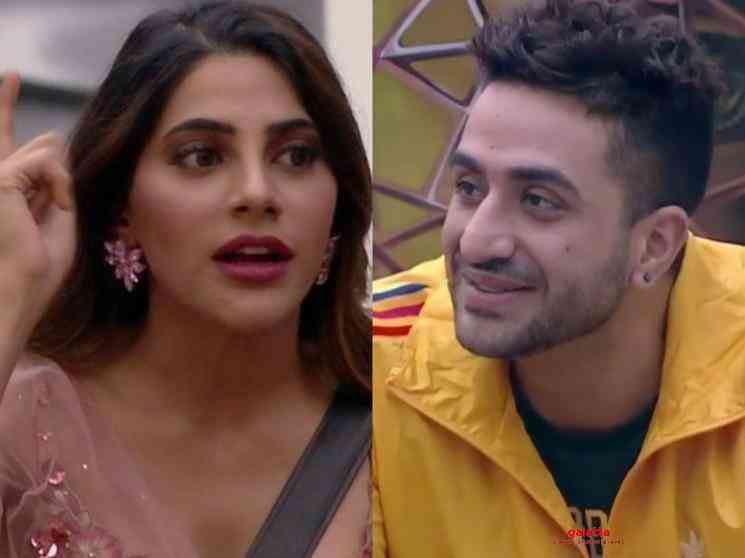 The smash hit reality TV show Bigg Boss has taken the nation by storm since its inception, with Kannada, Malayalam Marathi, Tamil, Telugu and Bangla versions subsequently being launched in the past decade. With the Hindi version of Bigg Boss in its fourteenth season now, the Tamil and Telugu editions are both currently airing and streaming in their fourth seasons. Bigg Boss 14 being hosted for the eleventh time by Bollywood superstar Salman Khan has been a major crowd-puller and has been topping the ratings chart once again. In that light, Colors TV has now released a new Bigg Boss 14 promo featured on Nikki Tamboli of Kanchana 3 fame.

In the new Bigg Boss 14 promo, we see Nikki Tamboli in a casual conversation with Rakhi Sawant, who once again is participating in the hit reality TV show as a challenger after she took part in Bigg Boss 1 in 2006. The two were earlier involved in an argument when Rakhi levelled accusations against Nikki stating she was gossiping with the male contestants in a corner in the Bigg Boss 14 house. We now see Nikki asking Rakhi about the contestant who informed her that she has a liking for Aly Goni despite the fact that Jasmin Bhasin was his girlfriend. It is to be noted that Jasmin had earlier on the show told Kashmera Shah that she and Aly have been in a relationship for nearly three years now. Nikki has now said that she likes Aly a lot and would say 'yes' if he ever proposed to her. Responding to Nikki, Rakhi denies any knowledge of the person who told her as such and instead claimed that she heard it from someone else.

Stating that it was a big misunderstanding, Nikki Tamboli informs Rakhi Sawant, "Aly doesn't have any girlfriend and he and Jasmin are only good friends. Jasmin has told she has no such feelings for him anymore." Rakhi then responds by telling Nikki that Aly likes her a lot and that she shouldn't accept defeat just as yet in case she likes him. Nikki then says to her, "I'm not giving up or accepting my defeat. I'll say yes if he ever came to me and asked me whether I like him." Check out below the latest Bigg Boss 14 promo featured on Nikki:

Watch this tonight at 10:30 PM.
Catch it before TV on @VootSelect.@BeingSalmanKhan #BiggBoss #BiggBoss14 #BiggBoss2020 pic.twitter.com/GKzVh6pO65