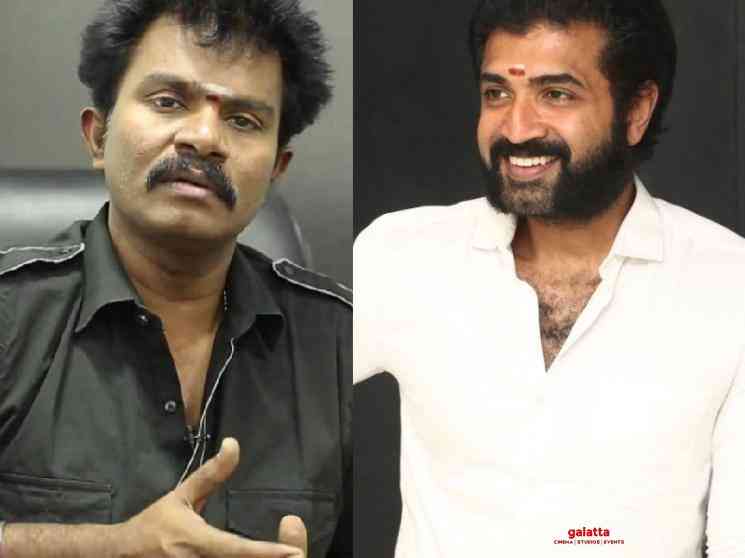 Director Hari was supposed to team up with Suriya for his next film titled Aruvaa, but the project did not take off as planned, due to various undisclosed reasons. Later, Suriya announced that he would be teaming up with director Pandiraj for a rural action entertainer under the production of Sun Pictures. Following that, director Hari has also now moved to a different project and he will be teaming up with Arun Vijay for his next directorial. This project was widely speculated on social media for the past few months, but the official announcement has been made only now. The announcement was made this evening (December 14) and it has made the fans super excited.

This film will be produced by S Sakthivel and G Arun Kumar under the banner of Drumsticks Productions. This untitled film is said to be the biggest film in Arun Vijay's career, in terms of budget and production scale. The shooting of this film is planned to begin in February 2021 and the release is scheduled to take place in August 2021. Director Hari is currently said to be busy with the pre-production works. Hari's last directorial release was Saamy Square which did not fare well at the box office due to mixed reviews from the audience. Hari will be looking forward to delivering a successful and likable film with this Arun Vijay starrer.

Hari is someone who is known for his action-packed rural entertainers and it is going to be exciting to witness a stylish hero like Arun Vijay in a film that is set in a rural backdrop. Details regarding the rest of the cast and crew are yet to be known and we can expect further announcements in the coming weeks. Arun Vijay has already completed the shooting of movies like Agni Siragugal and Sinam which are currently in the post-production stages. He is right now shooting for his untitled next (AV 31) with director Arivazhagan of Eeram and Kuttram 23 fame.

Arun Vijay has become one of the most promising and impressive actors in recent times and his film with director Hari will make him reach big among the masses. Check out the official announcement regarding Hari - Arun Vijay's project here:

Proud announce our next big project with Director #Hari & @arunvijayno1 produced by our @DrumsticksProd ... This will be a mammoth project in #ArunVijay ‘s career. Shoot begins Feb 2021 and planning to release in cinemas Aug 2021.@drumsticspro @arunganesan0014 @johnsoncinepro pic.twitter.com/9Reg05Rt2a