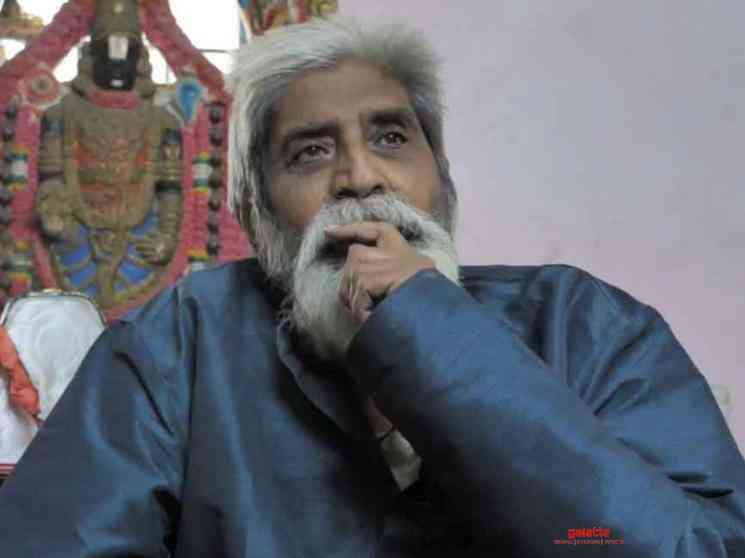 National Award-winning art director P. Krishnamoorthy passed away in Chennai on December 13. He was 77. Known among Tamil cinema fans for his work on notable hit films like Bharathi, Imsai Arasan 23aam Pulikesi and Naan Kadavul, the legendary technician died due to age-related ailments at his Madipakkam residence in Chennai where his last rites will be held. Hailing from Poompuhar in Mayiladuthurai district, Krishnamoorthy entered the film industry with the 1975 Kannada film Hamsa Geethe under GV Iyer's direction. Based on the life of 18th century Carnatic musician Bhairavi Venkatasubbaiah, the film received two National Awards after its release.

P. Krishnamoorthy received his first National Award for his work for art direction in the 1986 film Madhvacharya, once again directed by GV Iyer. The two had also collaborated on films namely Adi Shankaracharya (1983) and Ramanujacharya (1989). Right from a young age, the veteran had shown a passion for art and went on to pursue fine arts in the School of Arts, Madras and then jumped into designing sets for theatre plays and dance performances before making his entry into films.

In his glorious career that lasted nearly 40 years, Krishnamoorthy has worked in Malayalam, Tamil, Hindi, Kannada, Bengali, Sanskrit, French and English films. Some of his most notable films in Tamil include Azhagi, Bharathi, Imsai Arasan 23aam Pulikesi, Indira, Julie Ganapathi, Kutty, Naan Kadavul, Pandavar Bhoomi, Sangamam, Thenali and Ramanujam, his last which came out in 2014. He also was a part of reputed Malayalam films such as Swathi Thirunal (1987), Vaisali (1988), Oru Vadakkan Veeragatha (1989) and Perumthatchan (1991). For his work in Bharathi, Krishnamoorthy went on to win two National Awards - Best Art Direction and Best Costume Design. Krishnamoorthy also collaborated with Academy Award-nominated director M. Night Shyamalan in the independent English film Praying with Anger and also with Jag Mundhra in Perfumed Garden. Tamil directors Bharathiraja and Chimbu Devan expressed their condolences on social media after hearing the news of the acclaimed art director's death.