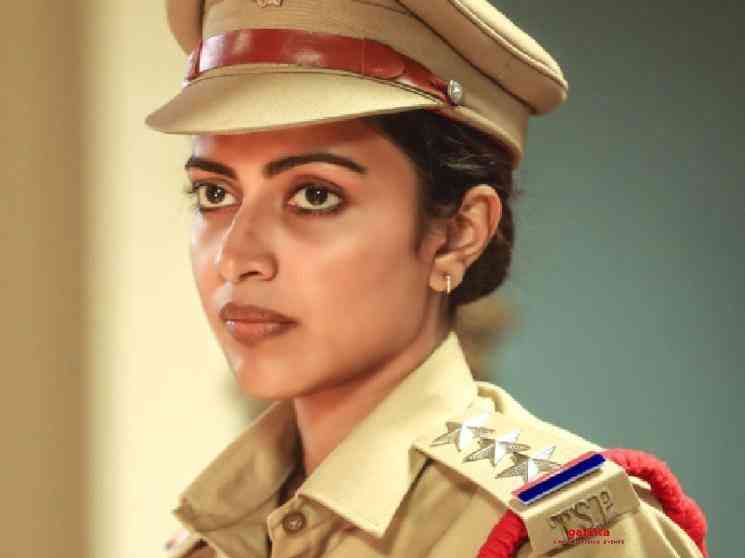 The super talented Amala Paul’s new project has now been officially announced and it looks to be an exciting venture to watch out for. Amala Paul has teamed up with critically acclaimed director Pawan Kumar (of Lucia and U-Turn fame) for a new web series that is titled Kudi Yedamaithe. This will be a Telugu web series that consists of 8 episodes and it is said to be an interesting fantasy thriller. The series has been shot on a high budget with a good production value and it will offer a never-seen-before experience for the Telugu audiences. Rahul Vijay is sharing the screen space with Amala Paul in the lead role, which will not be a stereotypical hero-heroine plot. In contrast, it has a gripping premise of a time loop revolving around a cop and food delivery boy respectively.

Amala Paul will be seen as a Police officer in this web series and her look has been revealed by the makers. She looks stylish and seems to fit the role, but we can come to conclusions only after seeing the web series. Kudi Yedamaithe will stream on AHA OTT platform very soon and further updates are awaited. AHA is an OTT streaming platform owned by veteran producer Allu Aravind and actor Allu Arjun and it is an exclusive platform that streams Telugu contents.

Amala Paul was last seen in Rathna Kumar's directorial, Aadai, in which she got to play a very bold character. Amala Paul's bold attempt and impactful performance as Kaamini received a very good response from the fans. Up next, she will be seen in Adho Andha Paravai Pola, that is directed by KR Vinoth. This action adventure thriller is scheduled to release in the theatres, early next year. She also plays the lead in the film, Cadaver that marks her debut in production. In Malayalam, Amala Paul will be see in Prithviraj's highly anticipated Aadujeevitham, directed by Blessy. The film has music scored by AR Rahman.

Amala Paul is also a part of Netflix's Telugu anthology that is currently in the post production stages. The VIP actress will be seen in Nandini Reddy’s directorial portion in the anthology. Apart from these big lineups, the actress will be making her Hindi cinema debut with a film produced by Jio Studios & Vishesh Films. Happening days ahead for Amala Paul!