Actress Neelima's slippershot reply to an indecent question - check out! 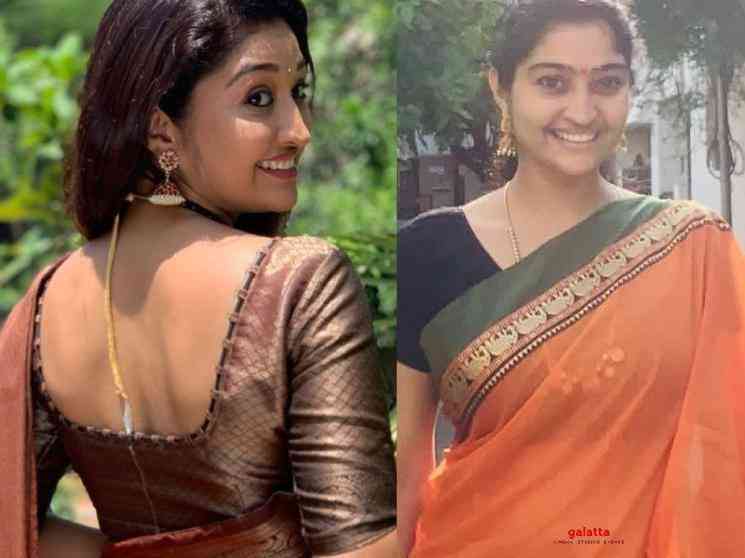 Neelima Rani is a popular Tamil serial actress and is a widely known personality among the household audience. Neelima got her initial breakthrough by acting in the blockbuster television serial, Metti Oli ask Sakthi Selvam. Later, she was seen in Devayani's Kolangal, in a supporting role. Following that, Neelima played important roles in Radikaa Sarathkumar's serials regularly. Neelima was seen in Chellamay, Vani Rani, etc. She also played the main antagonist in the Vijay TV serial, Aranmanai Kili and notably, she was awarded as the Best Villain (Female) in the previous edition of Galatta Nakshathra Awards.

The talented actress recently interacted with her fans and followers on her Instagram page and during the interaction, she answered several questions from the fans. Neelima revealed about her likes and dislikes on various topics and expressed her love for her husband and daughter. She also expressed her admiration for Radikaa Sarathkumar with whom she has acted in many serials. However, there were certain followers who posted some indecent and inappropriate questions.

There was a question that read, “How much for a night”, and Neelima decided not to ignore the question. She gave a bold reply by answering, “I expect some decency brother!! God bless u! Abusing people is a perverts mind, pls visit a Psychologist! You need help". This reply from Neelima is earning her more love and support from the netizens and inappropriate questions like these must definitely be called out. This isn’t something new for the women celebrities in television and cinema as we have seen similar incidents in the past as well. When a celebrity decides to have a chat session with his/her followers, a small section of people take it for granted and ask questions that don’t make any sense.

We do not know if this will stop, but replies like these definitely make a difference. Kudos Neelima! Check out the screenshot image of Neelima's reply below: 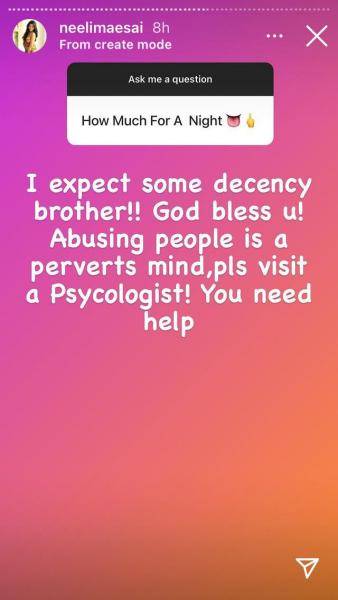