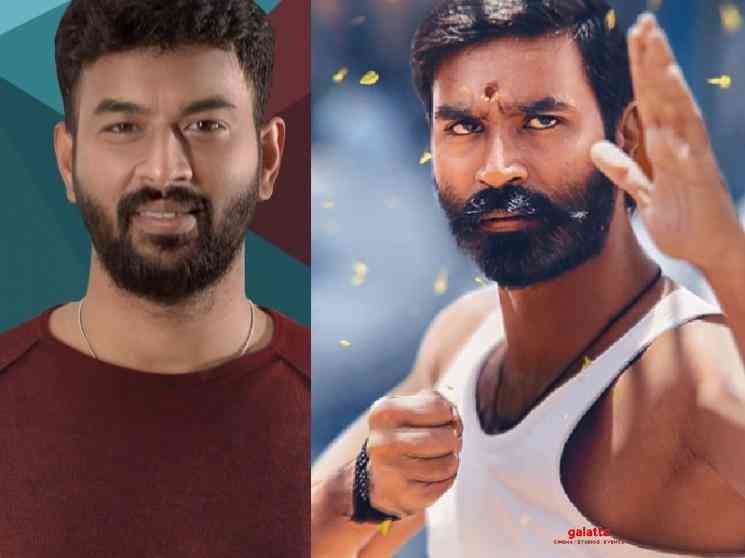 It is a known fact that Dhanush will be working with the young and promising Karthick Naren for his 43rd movie and now Vivek's addition as a writer comes as an interesting update. The film is bankrolled by Sathya Jyothi Films who took to Twitter to share this update. The official tweet of Sathya Jyothi Films read, "Very happy to have collaborated with the super talented @Lyricist_Vivek for Additional screenplay & Dialogues in #D43". Ever since this announcement was made, Vivek started getting wishes from all quarters and he was on cloud nine seeing this reception.

Thanking everyone for the support, Vivek tweeted, "To my media friends n press people who are wishing me and sharing it online. Thank you so so much. It means a lot To Dhanush sirs fans who r pouring their love, literally awestruck by the wishes. Impossible to individually respond to so many msgs. But cherishing ur love". Director Atlee who shares a very good rapport and brotherhood relationship with Vivek, took to his Twitter page to share his excitement about this. Atlee tweeted, "Woowwwwwwww was waiting for this naaaa . It’s a great start and u gona b rockstar for sure congrats again Na".

Vivek will be looking forward to make good use of this opportunity and show his talent as a writer. Notably, D43 already has two other screenplay writers in the form of Sharfu and Suhas, who are known for their work in Malayalam cinema. So, D43 will have 4 screenplay writers - Sharfu, Suhas, Vivek, and Karthick Naren. The film will have music scored by GV Prakash Kumar who is in a great form as a composer. Master sensation Malavika Mohanan will be playing the female lead in this film that is expected to go on floors in the next few weeks. Stay tuned for more updates.