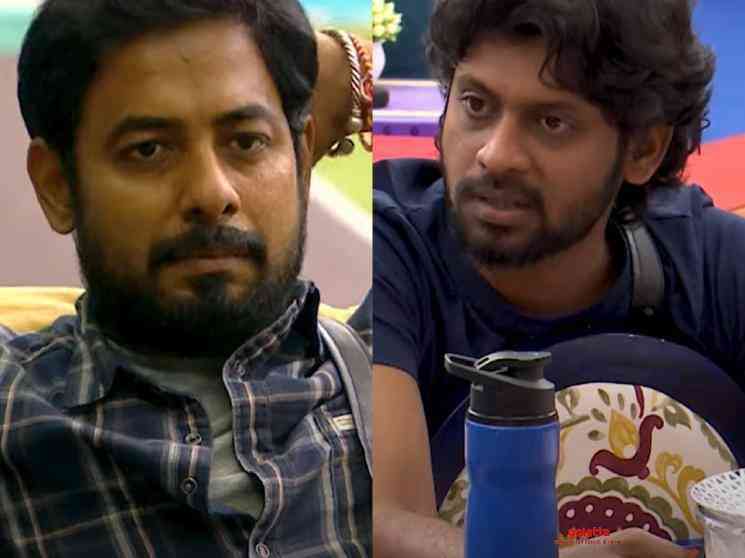 Singer Aajeedh was evicted in last night's (January 3) episode of Bigg Boss Tamil and now, seven contestants are inside the house - Aari, Balaji Murugadoss, Rio Raj, Ramya Pandian, Shivani Narayanan, Gabriella, and Som Shekar. Today (Jan 4), being a Monday, we will be knowing this week's nominated contestants for eviction and the full list will be known through tonight's episode. Through the earlier released promo, we saw Aari, Balaji, and Rio getting nominated. This week will be the last round of eviction nomination and the remaining saved contestants will go to the grand finale.

Following that, Vijay TV has now released the second promo for tonight's episode and in this promo, we see Rio Raj talking to Gabriella about Aari. Rio feels Aari is threatening others and projecting himself in a good light. Rio also adds that it was Aari who decided to make himself a lone person and did not attach much with anyone in the house. Rio feels bad that Aari does not understand his point and puts unnecessary blame on him on several other topics. This has been a common complaint from the housemates about Aari, claiming that he never agrees with his faults and always pinpoints others' mistakes.

However, Aari's game seems to have impressed the masses and he has been garnering good support. People even go to the extent of saying Aari should be the title winner of this season. Aari's honest game and bold points might have impressed the audience, but the housemates totally have a different perspective on him and they feel he always projects himself in a good light by displaying others on the bad light. While talking to Gabriella, Rio adds another point saying that these actions of Aari only makes him even more angrier.

When the whole house is against Aari and his actions, what is it that has impressed the audience? Is the audience missing out on noticing something or is it the housemates who are not realising the situation? Or is it the Bigg Boss editors who play a key role in this debate? Well, it looks like the final few days of Bigg Boss 4 Tamil is going to be exciting and riveting. For now, check out the new promo of Bigg Boss 4 Tamil featuring Rio, Gabriella, and Aari here: