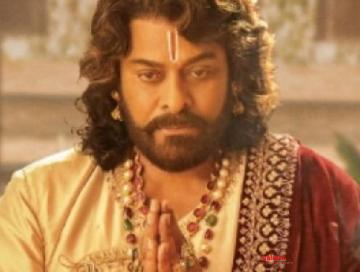 Sye Raa Narasimha Reddy is undoubtedly one of the most-awaited films of this year. The film, which has been made on a massive budget of 270 crore, the film boasts of a huge cast including names like Chiranjeevi, Amitabh Bachchan, Vijay Sethupathi, Nayanthara, Tamannaah and many more. As the film is getting ready for a release on October 2, many are talking about its pre-release business. Although the makers have not started the publicity of the film properly, it seems like the word-of-mouth for the same is a lot. Now, our sources have confirmed to us that Supergood Films have acquired the Tamil Nadu rights of the film!

Our sources exclusively told us that Supergood Films struck the deal with the makers and bagged the Tamil Nadu theatrical rights. This indeed is huge as theatres in TN are sure to go full once this film releases. According to reports, the film has fetched Rs 190.60 crore from the sale of its global distribution rights and Rs 110.50 crore from its non-theatrical right, thus, making it a total of Rs 301.10 crore.

Sye Raa Narasimha Reddy’s digital rights have been sold to Amazon Prime Video for a high price of 40 crore, according to reports. Directed by Surender Reddy, the film is based on the life story of freedom fighter Uyyalawada Narasimha Reddy.