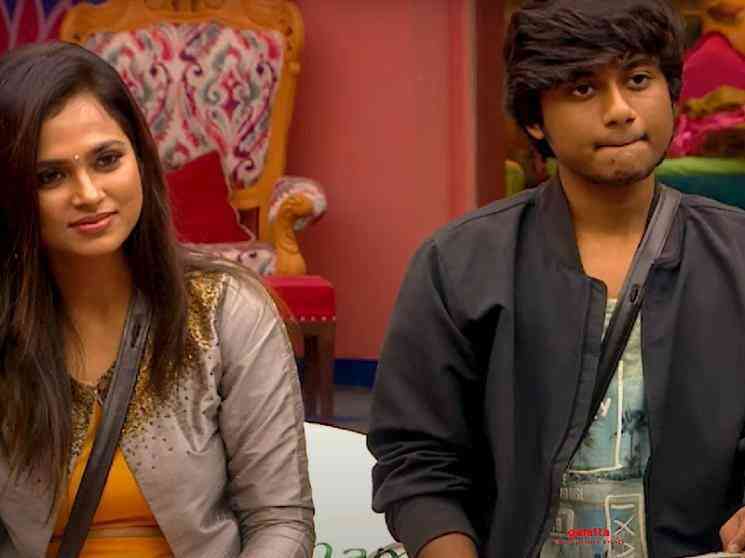 The fourth season of Bigg Boss Tamil is just two weeks away from reaching its climax and the fans are super excited for the grand finale. Currently, there are 8 contestants inside the Bigg Boss house and one among them will be evicted in tonight's (Jan 3) episode. Five contestants were nominated for this week's eviction - Gabriella, Aajeedh, Ramya Pandian, Shivani Narayanan, and Som Shekar and among the five, Gabriella was saved in last night's episode. Among the rest of the four, it has been revealed that Aajeedh is evicted from the show. Yes! The shooting for both the weekend episodes happened yesterday (Jan 2) and hence the news about Aajeedh's eviction is out on social media.

Aajeedh has become the eleventh contestant to be evicted from the Bigg Boss house after Rekha, Vel Murugan, Suresh Chakravarthy, Suchitra, Samyuktha, Sanam Shetty, Jithan Ramesh, Aranthangi Nisha, Archana, and Anitha Sampath. Aajeedh's eviction will leave 7 more contestants inside the house - Aari, Balaji Murugadoss, Rio Raj, Gabriella, Ramya Pandian, Shivani Narayanan, and Som Shekar. According to reports this season will have five finalists and going by the current situation, it looks like Aari, Balaji, and Rio will surely give a tough fight for the final spot. Aajeedh's eviction has not come as a surprise for the majority of the audience since people did not get to hear him much in the past 90 days.

Aajeedh's involvement in the task activities was also not that noticeable. Aajeedh's family members who visited him last week also expressed the same. Aajeedh's mother felt that he did not open much when he had to. We have also seen Kamal Haasan advising Aajeedh to open up and voice out stronger during the tasks and arguments. However, it was too late for Aajeedh to realize and he will now be back to the normal world. It can be noted that Aajeedh was supposed to get evicted in the third week of the game, but fortunately escaped with the help of the 'eviction-free' pass. Aajeedh is the pet for all the housemates in the house and his eviction may make a few people very emotional.

Some of Aajeedh's memorable moments in the house include his dance performance with Gabriella for 'Rowdy Baby', Kamal Haasan's birthday special song, calm and composed conversation with Archana during the caller task. Aajeedh was never involved in any of the controversies in the house. His relationship with Ramya Pandian and Gabriella looked heartwarming at several instances in the past. Now that Aajeedh is out, we can hope to see him as a singer and an actor in the upcoming days.