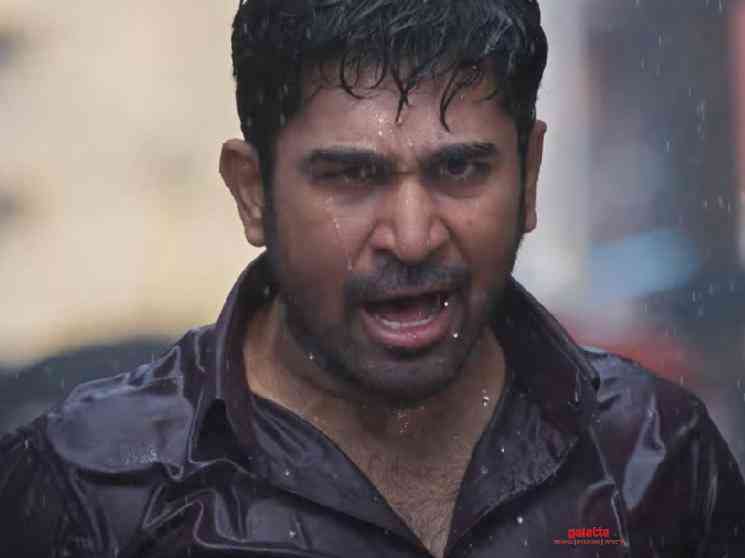 The teaser of Vijay Antony's Kodiyil Oruvan has been released and it has opened to a positive response from the audience. The teaser gives us an idea of what to expect in the film and the packaging looks good. Though the teaser is quite longer in duration and lacks the crispiness, the moments are interesting. Vijay Antony plays the role of a tution master in this film which deals with the conflict between him and other evil forces. The stunts grab your attention and it looks raw and intense (credits: Mahesh Mathew). Vijay Antony shows good promise while performing the action moves and he is slowly becoming better with every film.

KGF sensation Ramachandra Raju plays one of the antagonists and his evil look gives you a feeling that his role is going to be quite strong. Meesaiya Murukku fame Aathmika plays the female lead and we just get to see a few shots of her. From what we see, it looks like she plays Vijay Antony's love interest in the film and we see a glimpse of their romance in the teaser. Aathmika is sure to garner the attention of the youth audience. A certain section of the audience cites a few similarities with the recently released teaser of Thalapathy Vijay's Master.

Vijay Antony's last film, Kolaigaran was a success at the box office and he would be looking forward to continuing the streak with Kodiyil Oruvan as well. The film is directed by Ananda Krishnan who earlier directed the critically acclaimed, Metro. Ananda Krishnan seems to have got an interesting plot in hand and if the film is packed neatly, it will indeed turn out to be a successful film. Produced by TD Rajha and Sanjay Kumar under the banner of Chendur Film International, in association with Infiniti Film Ventures and Dhananjayan's Creative Entertainers and Distributors, this action drama has music scored by Nivas K Prasanna. The young talent's musical score in the teaser is impressive.

NS Uthaya Kumar's cinematography and Vijay Antony's editing look functional. The shooting of the film is yet to be wrapped and the makers are working at a rapid pace to complete the film as per the schedule. The film is expected to release in the later half of this year in the theatres. The teaser has been released on the official YouTube channel of Saregama Tamil who has acquired the film's audio rights. Check out the newly released teaser of Vijay Antony's political action drama, Kodiyil Oruvan here: