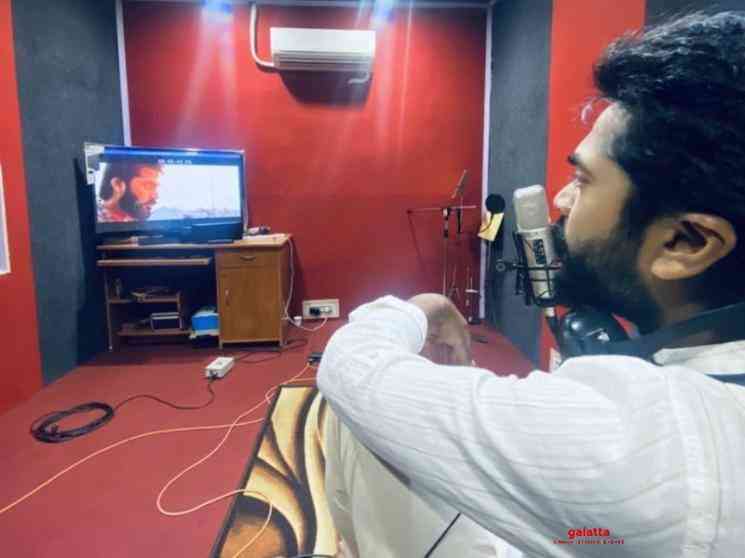 Silambarasan TR's upcoming film Eeswaran announced to come out as a Pongal 2021 bonanza treat wrapped up production earlier this week on Friday, with the star announcing that an action-packed teaser will be released on Diwali day. Touted to be a mass rural entertainer, the Susienthiran directorial's shooting had lasted for about 45 days in Dindigul, with the film also revealed to be releasing in Hindi, Telugu, Kannada and Malayalam. Being produced by KV Durai & MDM Sharfudden under the D Company banner, Eeswaran is Simbu's quickest film to date.

Meanwhile, Simbu, who has undergone a radical physical transformation for his next films, took to his social media pages on Sunday once again to inform his fans that he has completed dubbing for his portions in Eeswaran. The actor conveyed that he is thankful, grateful and blessed to have worked on the film. It is to be noted that he surprised the film's crew on Saturday by presenting them with Diwali gifts for their work and contribution on the film. Around 400 people in the film's crew were given 1 gram gold, including veshtis and sweets in light of Diwali that is set to happen in less than a week's time. Likewise, STR also gifted sarees and veshtis, including sweets to about 200 supporting cast members, while the flamboyant star and the crew expressed their gratitude to each other. Check out STR's tweet about completing Eeswaran dubbing below:

Expectations for Silambarasan TR's Eeswaran are sky-high, especially after the makers released a power-packed motion poster a few days back, which has since then received a thunderous response, with all sights currently set on the teaser. The film also marks the third-time reunion for Simbu with composer S. Thaman, who previously worked on the actor's Osthe and Vaalu. STR will be seen romancing Nidhhi Agerwal from the upcoming Jayam Ravi starrer Bhoomi, while veteran director Bharathiraja, actress Nandita Swetha and Bala Saravanan have been cast in major supporting roles. The film also includes S Thirunavukkarasu handling the cinematography, while Anthony is serving as the editor and Rajeevan is the art director.

As Eeswaran's production is now wrapped, Simbu is expected to resume filming for director Venkat Prabhu's mass masala political entertainer, Maanaadu, which began earlier this year, with the team calling off the shoot later in view of the coronavirus pandemic. The actor is also expected to once again begin shooting the remake of the Kannada film Mufti, while he will be seen in an extended cameo appearance in Maha, which wrapped up its production last week.