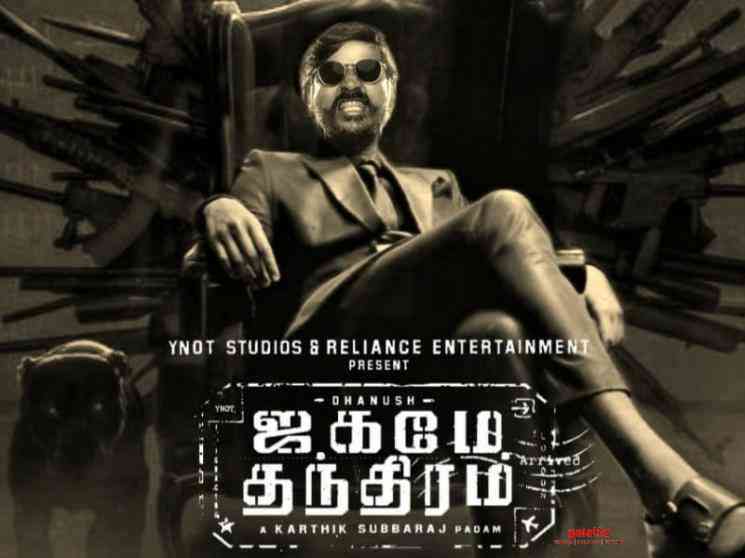 Dhanush's Jagame Thandhiram is one of the most anticipated films of this year and the fans are eagerly waiting to witness the film. Jagame Thandhiram is an intense action drama directed by Karthik Subbaraj and produced by Sashikanth under the banner of Y Not Studios. The film has music scored by Santhosh Narayanan and the first single from the film is already a viral hit on social media. The swag song, 'Rakita Rakita Rakita' has turned out to be a sensational number and it gave the film the right kind of start and buzz to the promotions.

Producer Sashikanth has now posted a cryptic tweet that read, "09.11.2020 Monday". The fans were eager to know if there is going to be an update from the makers of Jagame Thandhiram on Monday. The confirmation came from director Karthik Subbaraj when he quoted Sash's tweet and replied, "After a long time...... ", thereby confirming that there is going to be an update about the film after a very long time. The first single released on July 28 for Dhanush's birthday and it has been 100 days since then. This tweet has made the fans look forward to the update. What is going to be the update about? Are the makers planning to release a teaser or trailer or another single?

Though it is too early to figure out, we may even expect the announcement to be about the film's release date. The theatres will reopen from November 10. Sashikanth was very clear that Jagame Thandhiram is a theatrical film and assured that it will only have a theatrical release. On November 9, we will know the new update about Jagame Thandhiram, and let us wait until then.

Jagame Thandhiram features popular Hollywood actor James Cosmo as the main antagonist, while the supporting star cast includes Aishwarya Lekshmi, Joju George, Kalaiyarasan, Sharath Ravi, Sanchana Natarajan, Super Deluxe fame Ashwanth and others. The film has cinematography by Shreyaas Krishna and editing by Vivek Harshan. Jagame Thandhiram has been majorly shot in foreign locations and it is expected to showcase Dhanush in a different dimension. Jagame Thandhiram will trace the journey of Suruli, a small-time gangster in Madurai who leaves to London for an unfinished business. Dhanush will appear in two different looks in the film and it is going to be a visual treat for the fans. Check out producer Sashikanth's latest tweet about Jagame Thandhiram here: