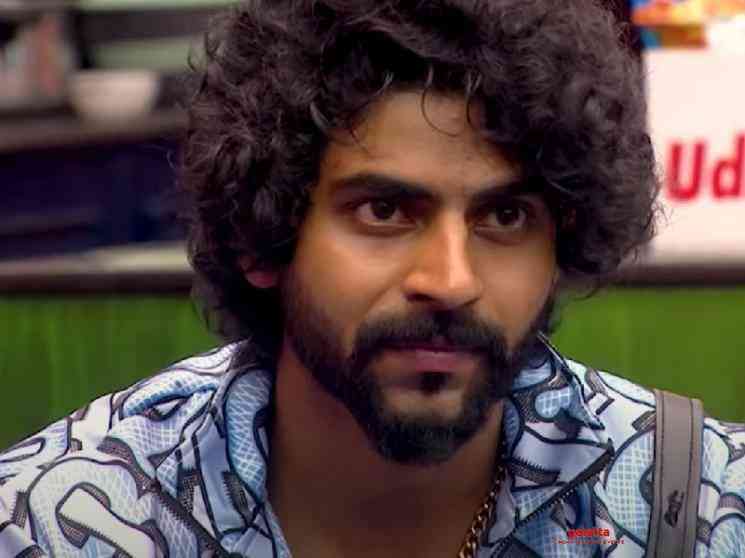 It is time for the weekend episode in Bigg Boss 4 Tamil and when it is weekend, you know there is going to be some exciting conversations between Kamal Haasan and the housemates. The usual weekend practice is that Kamal Haasan discusses with the housemates about the week's proceedings and controversial incidents. In that manner, he takes up the Sanam Shetty - Balaji Murugadoss controversy as the first topic for tonight's episode. A new promo of tonight's episode has now been released by Vijay TV and in this promo, we see Kamal Haasan enquiring Balaji about the issue.

Though Sanam tells Kamal Haasan that it is fine, he decides to address it to Balaji. Towards the end of the promo, we see Balaji apologizing to Kamal Haasan and it looks like tonight's episode is going to be exciting. There were several fights between various contestants - Samyuktha VS Aari, Aari VS Balaji, Balaji VS Sanam Shetty, Sanam Shetty VS Suchi, Suresh Chakravarthy VS Gabriella, Suresh Chakravarthy VS Samyuktha and what not! Kamal Haasan will definitely address some of these fights and will give his suggestion.

7 housemates have been nominated for this week's eviction and it includes Suresh Chakravarthy, Archana, Balaji Murugadoss, Aari, Som Shekhar, Sanam Shetty and Anitha Sampath. Kamal Haasan is expected to name two or three housemates who would be saved. The eviction results will be known only in tomorrow's episode and it is likely that either Archana or Som Shekhar would walk out of the house. With Suchi's entry, the past week was quite exciting and the audience got to witness several interesting incidents. For now, check out the newly released promo of Bigg Boss 4 featuring Kamal Haasan, Balaji Murugadoss and Sanam Shetty here: