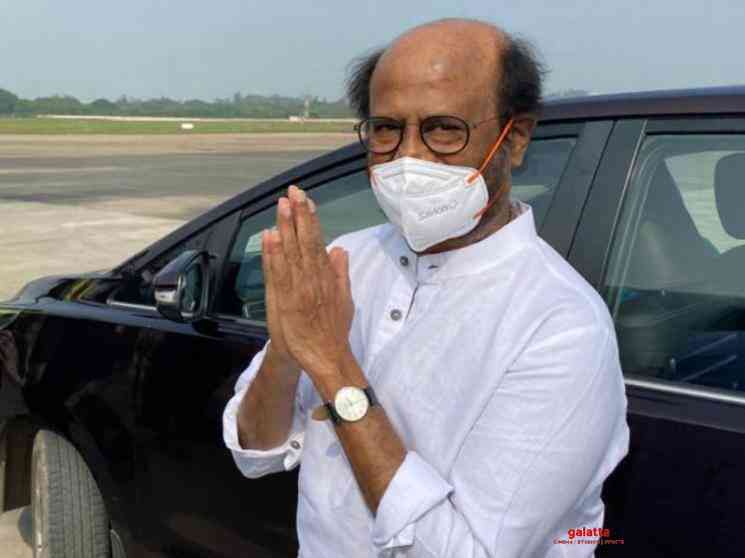 'Superstar' Rajinikanth has been admitted to Apollo Hospitals in Hyderabad on Friday following "severe blood pressure fluctuations'', as per an official statement. The veteran actor had been filming his upcoming film Annaatthe since December 15, with the shoot getting suspended earlier this week after 4 crew members tested positive for coronavirus. Rajinikanth, who had also undergone a COVID-19 test, was declared negative and had isolated himself since then, with his health condition being monitored closely by health officials.

Apollo Hospitals' press release is as follows: "Mr Rajinikanth has been admitted in the hospital today (December 25) in the morning. He was shooting for a movie in Hyderabad since the last 10 days. A couple of people on the sets tested positive for Covid-19. Mr. Rajinikanth was tested on 22nd December for Covid-19 and he was negative. Since then he isolated himself and was monitored closely." The statement further read, "Though he did not have any symptoms of Covid-19, his blood pressure showered severe fluctuations and needed further evaluation for which he has been admitted to the hospital. He will be investigated and monitored closely in the hospital till his blood pressure settles down before being discharged. Apart from fluctuating blood pressure and exhaustion, he does not have any symptoms and is hemodynamically stable." Below is Apollo Hospitals' official press release:

Superstar @rajinikanth has been admitted to the hospital after blood pressure showed severe fluctuation. Wishing him a speedy recovery and good health#SuperStarRajinikanth #Annathe #GalattaBytes pic.twitter.com/ZDqflG59ht

Rajinikanth, who was accompanied by his daughter Aishwarya, was expected to return to Chennai this week after the shooting for Annaatthe got suspended. The actor, who is also currently busy with the formation and launch of his own political party, had entrusted the responsibility to senior members of Rajini Makkal Mandram in view of Annaatthe’s shooting. It is to be noted that Rajinikanth had earlier this month issued a statement on his Twitter page that he would be making an announcement regarding his political party on December 31, while launching it in January 2021 ahead of the upcoming Tamil Nadu Assembly elections. The actor had tweeted on December 3, "In the upcoming 2021 Tamil Nadu Legislative Assembly elections, with the blessings of the people, a honest, fair, corruption-free, transparent and a secular spiritual politics will be created for sure. Wonder... Miracle... will occur !!!", while adding the hashtags, "we will change, we will change everything" and "if not now, never".