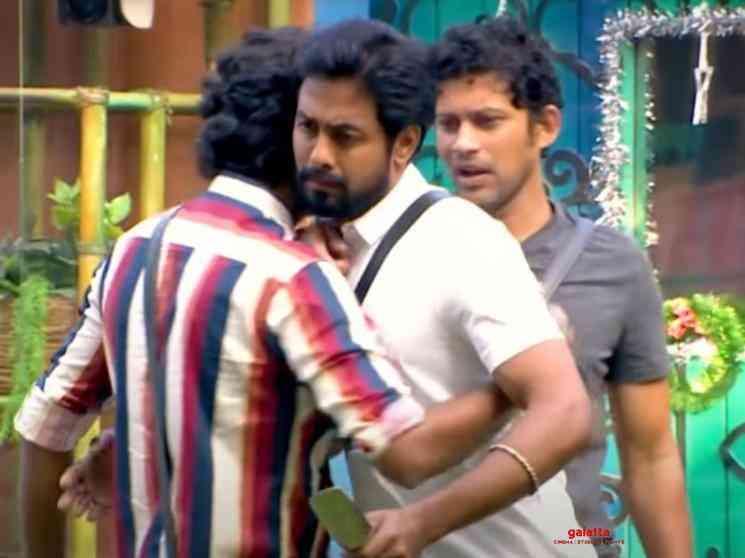 The fourth season of Bigg Boss Tamil is now midway in its third month and is all set to draw to a close in the next few weeks as announced by host Kamal Haasan last weekend. Up until now, nine contestants have been evicted from Bigg Boss Tamil season 4 among whom include the wildcard entrants Suchithra and Archana, followed by Rekha Harris, Velmurugan, Suresh Chakravarthy, Samyuktha Karthik, Sanam Shetty, Aranthangi Nisha and Jithan Ramesh. The remaining contestants battling it out now in Bigg Boss 4 are Balaji Murugadoss, Gabriella Charlton, Aari, Rio Raj,Ramya Pandian, Anitha Sampath, Aajeedh, Shivani Narayanan and Som Shekhar, with the second promo for Friday showing a new task being assigned in order to choose the next House Captain for the upcoming week.

In this latest promo, we see Ramya Pandian and Balaji Murugadoss being given the designation to preside over as judges for the new thermocol task in which Aari, Rio Raj and Som Shekhar are participating. Their objective in this new task is to collect little thermocol balls using a large spoon in their mouths. They are to collect the thermocol balls and drop them inside a snowman. Aari, Rio and Som are also informed that they should not step outside of the line of the path that has been drawn for them.

During the task, we see the other contestants cheering for the trio and also guiding them on their path. Balaji informs Aari at one point that he is crossing the line and should stick to the path. Towards the end, we see Balaji announcing the name of the winner, with Aari emerging as the House Captain for the week amidst a rousing reception from the contestants. A lot of attention has been on Aari over the past few days, especially over his confrontation with Rio gaining a large response, with fans getting in a lot of debate on social media over his views and actions.