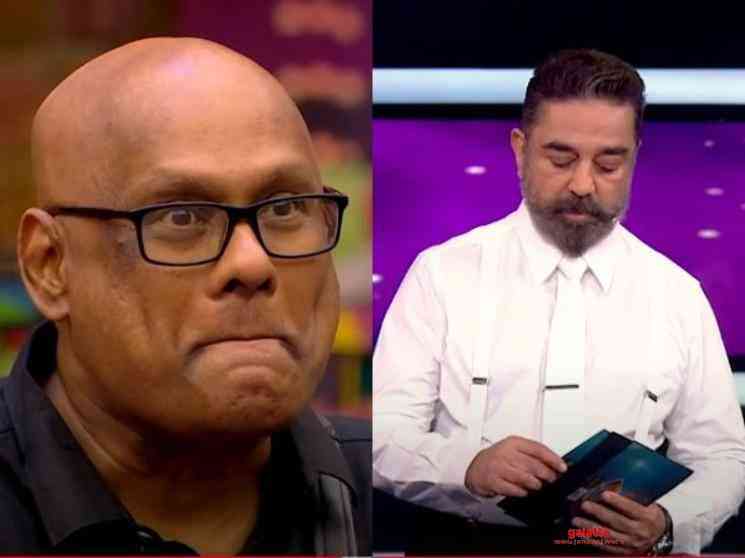 Having said that, Vijay TV has now released the second promo for Sunday, which shows Kamal Haasan once again taking to the stage with an envelope that has the name of the next contestant who will be getting eliminated from Bigg Boss Tamil season 4. As the promo begins, we see Suresh Chakravarthy holding the hands of Sanam Shetty and Som Shekar, while looking a little worried. We then see Kamal asking whether all three of them are going to leave the Bigg Boss 4 house together. Kamal then states each of their names, with Sanam reacting with a smile, followed by Som in acknowledgment and Suresh expressing himself as quite worried at the possibility of getting evicted. The promo concludes with Kamal then opening the Bigg Boss Tamil season 4 elimination envelope and looking back at the contestants.

This latest promo is an intense one right from the get-go and has many wondering who will be the next contestant to get evicted. Although the viewers are left hanging with that question, there is a strong speculation that Suresh Chakravarthy could be shown the exit door next. It is to be noted that Suresh has been a major crowd-puller on this year's edition of Bigg Boss as his antics on the show have earned a huge fan following in quick time. If he indeed gets evicted, it will come as a major shocking surprise to a majority of the viewers of Bigg Boss 4.