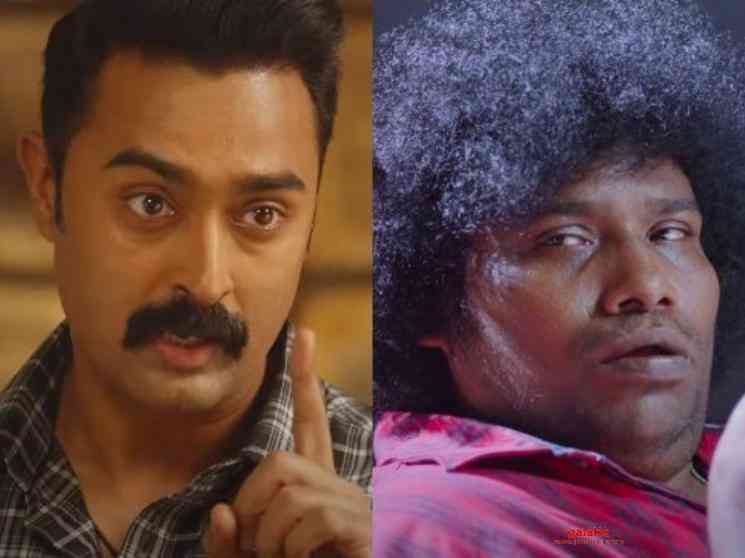 With Naanga Romba Busy announced to have a direct television premiere on Sun TV on the festive occasion of Diwali, the much-awaited trailer for the film has now been released. The Naanga Romba Busy trailer shows off a heist being pulled off by Yogi Babu, who plays a central character in the film, which has Prasanna in the lead role as a cop, followed by Shaam and Ashwin Kakumanu who as well are sharing equal screen space. A struggle for money and the will to break the nexus of corruption in the police department amidst the demonetisation period in India, the film's trailer packs in a punch with action, comedy, sentiment and drama. It is to be noted that the film's direct television release is the first ever time that something of this sort is ever happening.

Announced to be premiering on Sun TV on November 14 at 11AM, Naanga Romba Busy also includes music by C. Sathya is expected to be yet another delightful treat for viewers from director Sundar. C, who has produced the film under his Avni Movies banner, which has previously produced hit ventures namely Meesaiya Murukku, Natpe Thunai and Naan Sirithal. Considering Mayabazar turned out to be a funny entertainer that witnessed a huge success in the Kannada film industry, Sundar. C and the Naanga Romba Busy team will be hoping to emulate a similar kind of triumph with the Tamil audiences.